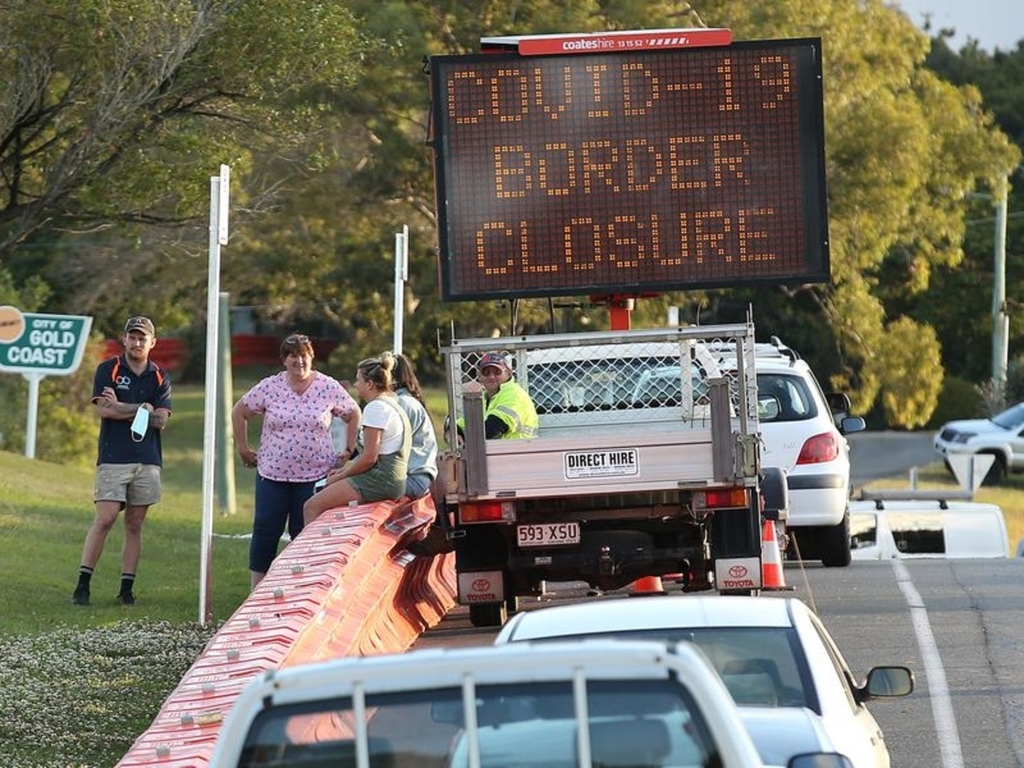 Queensland's hard border with most of NSW could remain in place until the state hits its vaccination coverage targets, police say.

The border has been shut to NSW for almost two months due to the ongoing COVID-19 outbreak in that state, which had grown to 14,633 active locally-acquired cases by Monday.

Queensland is granting special exemptions for residents of NSW border communities as far south at the Clarence Valley and as far west as Moree Plains local government areas to enter.

Only residents in those areas who have received one vaccine dose and who can't work or school from home, need to do essential shopping or care for vulnerable people are allowed to enter Queensland.

"We were planning a little bit open-ended," he told ABC radio on Monday.

"We are obviously dealing with what the here and now is and adjusting to the changes as they come.

"We were pleased that we were able to release the restrictions are in that Tweed (Shire) in particular because we understand they were facing that community, so that was a great outcome."

Mr Gollschewski said he hoped Queensland was able to further ease travel restrictions for other parts of NSW, but that depended on the outbreak there.

Vaccination coverage in Queensland, he said, was the ultimate key to ending restrictions on interstate travel.

"This all comes down to vaccination stuff and we all know that that's the way out for us in terms of the COVID restrictions and I'm having to say that last week in Queensland over 275,146 doses by Queensland Health were issued.

"So, Queenslanders are getting out there getting vaccinated and as that improves obviously we'll get closer to decisions by the government that we can ease restrictions."

Meanwhile, Queensland authorities are confident they have a new school-based cluster of COVID-19 in hand, despite two more cases on Monday.

She said those families were keeping Queenslanders safe and she was "a lot more comfortable" the state might avoid another lockdown.

"Fingers crossed it's all looking good at the moment."

The 13-year-old girl's immediate family members have also tested positive for the virus, with two fellow students added to the list on Monday.

Chief Health Officer Jeannette Young believes the newest cases are low risk because the entire school community and their households were ordered into isolation as soon as the girl's infection emerged.