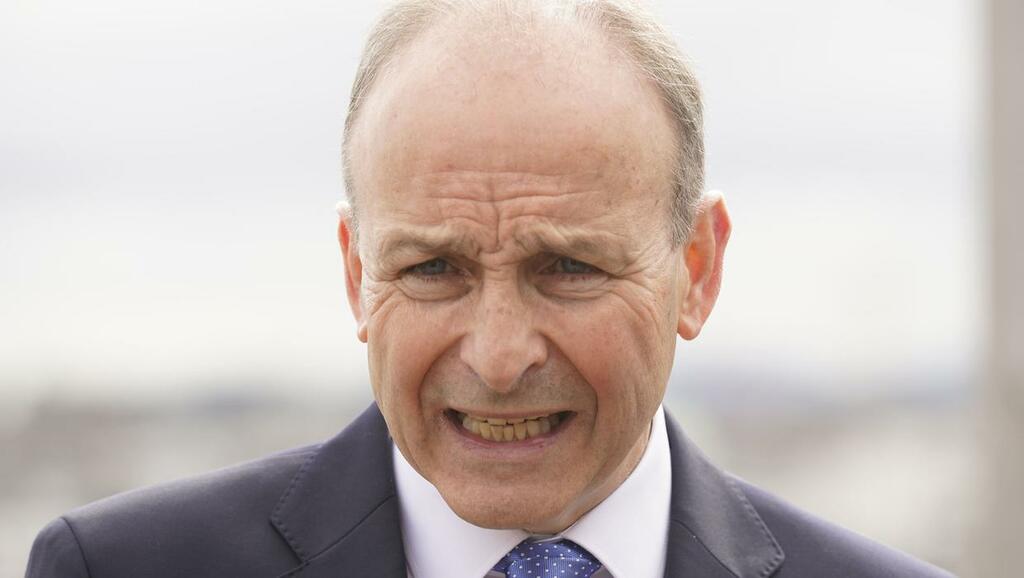 Taoiseach Micheal Martin has accused Sinn Fein leader Mary Lou McDonald of “playing politics”, in another heated exchange in the…

He said concerns from campaigners had been 'comprehensively addressed'

The Taoiseach said he had received legal advice that the 300-year lease governing the new National Maternity Hospital is “effective ownership”.

The row over ownership of the new National Maternity Hospital (NMH) has dominated political debate inside and outside the Dail in recent days, with Health Minister Stephen Donnelly appearing before the Oireachtas Health Committee on Wednesday to defend the proposals.

The Cabinet is due to decide next week whether to approve the plan to move the NMH from Holles Street in Dublin city centre to St Vincent’s Hospital’s Elm Park site.

Concerns have been raised about the ownership structure of the NMH at the new site, in which the state will own the building and the land will be owned by a legal entity called the St Vincent’s Holdings Group.

The Government has stressed that the clinical integrity of the hospital is preserved in its constitution, and that the leasing arrangements, costing €10 a year for 299 years, effectively amounts to public ownership.

But this has failed to ease the concerns of campaigners, opposition TDs, and some members of Government.

Taking questions from Sinn Fein leader Mary Lou McDonald, Micheal Martin insisted that there was no “conspiracy” behind the plans.

Ms McDonald told the Taoiseach: “I want to put it to you that the very best way to allay fears and resolve this problem is for the Government to secure full public ownership of the land.

“This would provide absolute, airtight clarity. It would ensure the best protection for the state’s interests in what will be a very, very expensive project.

“Government must step up, because by inaction you will be acquiescing and colluding in a deal and arrangement that does not adequately protect the public interest.”

Mr Martin, who has stressed the urgent need for a new maternity hospital, said: “The 300-year lease, at 10 euro a year, is effective ownership and I have received legal advice to that effect.”

Citing the legal agreement for the new hospital, he said: “I have read it all. There are no impositions. It basically says, ‘go and build a maternity hospital’.”

Mr Martin said that no one has shown him how full ownership or a leasehold “materially impacts, in real terms now, the operational, clinical and financial independence of the new maternity hospital”.

Ms McDonald hit back, asking the Taoiseach: “Why is it that there simply hasn’t been a clear transaction and a transfer of ownership to the state?”

She said that the Government has a “very powerful hand to play” and should use it to secure the land, citing the financial contribution the state makes to voluntary hospitals.

Discussing the arrangements for the new hospital, Mr Martin told the Dail: “I don’t see a mystery, I don’t see a big conspiracy there. Genuinely, I don’t.”

Taoiseach Micheal Martin has accused Sinn Fein leader Mary Lou McDonald of “playing politics”, in another heated exchange in the…

He said concerns from campaigners had been 'comprehensively addressed'