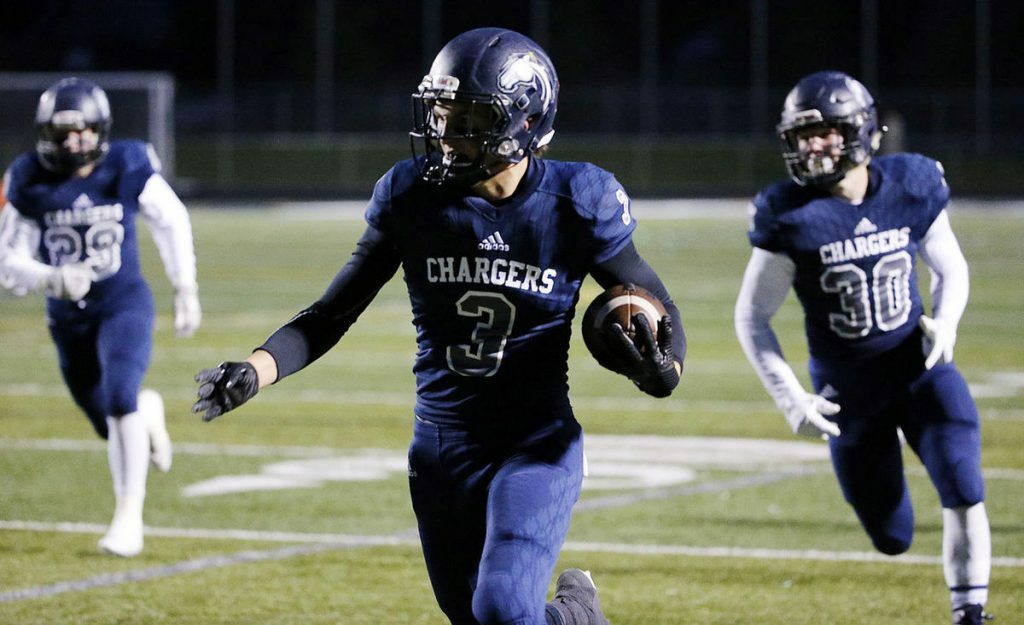 Instead of etching its name into Utah high school football lore, the No. 13 team in the USA TODAY Super 25 had its winning streak snapped in a resounding fashion. Lone Peak outrushed Corner Canyon 277-25 and chewed up plenty of clock en route to a 41-16 victory.

Corner Canyon got on the board first with a field goal in the first quarter, but that would be its only lead of the game. Lone Peak dominated from that point on. Corner Canyon senior quarterback and USC commit Devin Brown threw two touchdown passes, but it was too little, too late for the Chargers.

Corner Canyon’s last loss came against Skyridge High School on Nov. 9, 2017, in the Utah Class 5A playoffs. Corner Canyon led Skyridge 26-13 at halftime in that game, but mustered just one touchdown in the second half as Skyridge stormed back for a 34-33 win.

Corner Canyon has been the premier program in Utah since its loss to Skyridge and entered Friday night outscoring its opponents 433-135 on the season. Corner Canyon’s last double-digit loss came against Alta High School on Oct. 23, 2015.