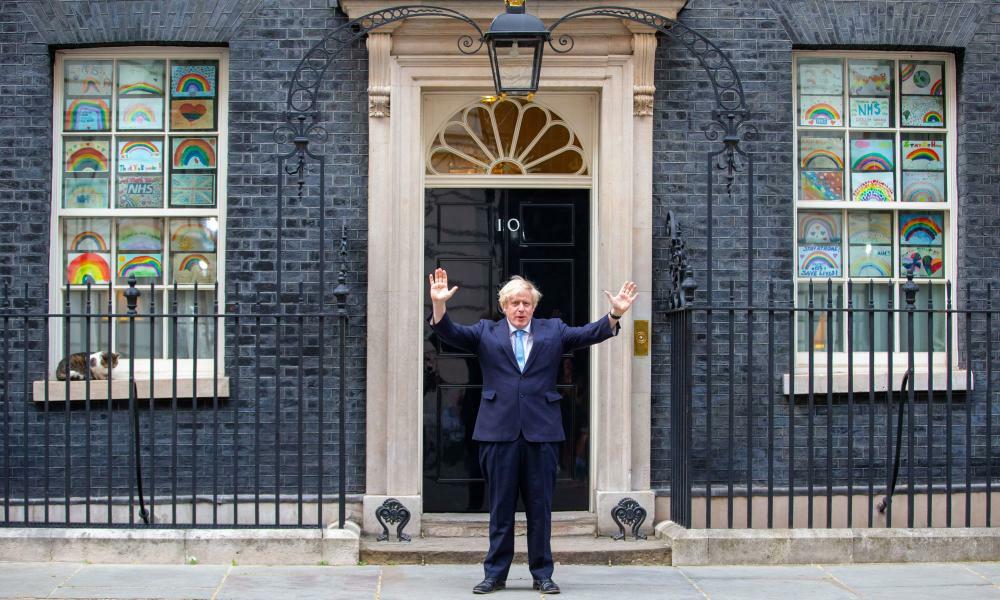 An inquiry into lockdown parties in Downing Street, which could determine the fate of Boris Johnson, is expected to lay bare a “farcical” culture of drinking and impromptu socialising, with little oversight from senior officials, the Guardian understands.

Whitehall sources said the investigation, overseen by the senior civil servant Sue Gray, was also likely to unearth other drinks events across government buildings as special advisers and officials were encouraged to “come clean” about breaches of lockdown rules.

Gray’s report is being anxiously awaited by Conservative MPs, some of whom have already called for Johnson to resign after he was forced to apologise for attending a “bring your own booze” gathering in the No 10 garden on 20 May 2020 – claiming he believed it was a “work event”.

The prime minister’s fate may now lie in the hands of Gray, who is understood to still be gathering evidence amid claims from Labour that Johnson’s explanation and half-apology was unbelievable.

Johnson ducked out of a public engagement in Lancashire on Thursday after a close family member tested positive for Covid.

While self-isolation for contacts of coronavirus cases is no longer mandatory, Johnson’s spokesperson said the prime minister would heed guidance to limit outside contacts as much as possible for seven days after the test.

“In line with the guidance, he’s reducing contact. He’ll be working from No 10, doing daily tests and limiting contact with others both outside No 10 and indeed inside No 10 as well,” they said.

Several Tory MPs, including the party’s leader in Scotland, Douglas Ross, said Johnson should resign immediately after he gave his account of the lockdown-busting drinks event.

It emerged on Thursday that Johnson will not be involved in this spring’s Scottish Conservative conference. A Scottish Tory source said: “I don’t see a way he could be involved really.”

Few other MPs have so far publicly joined Ross’s call for Johnson to go; but many are now awaiting the findings of Gray’s investigation before deciding whether they can continue to back the prime minister.

Sources said that Gray’s team – based in the Cabinet Office – was still gathering evidence about the drinks parties in Whitehall. These include an alleged Christmas party and a Zoom quiz in December 2020, as well as gatherings in the garden on 15 and 20 May.

It is understood that the team are examining the culture and the management structures within No 10. Sources said the inquiry’s staff believe that No 10’s structures are “farcical”.

The disclosures, which will call into question the management of No 10 by Johnson and the cabinet secretary Simon Case, come as Johnson’s cabinet allies took to the airwaves to defend him.

The culture secretary, Nadine Dorries, endorsed the idea that the prime minister might not have actually done anything wrong, saying his apology had been over what the public “perceived had happened”.

She also argued that it was a good public health decision to have used the Downing Street garden for gatherings.

“I don’t accept that he’s in the wrong,” Dorries told Sky News. “What I support the prime minister is in his apology. He said very clearly that he understood the upset and the anger that people felt at what they perceived had happened, and what had been reported. But what we all want is the inquiry to conclude.

Priti Patel, another staunch Johnson loyalist, appeared to argue the event in the No 10 garden had been part of a “24/7 government working night and day at the height of a pandemic”.

“He was thanking staff,” the home secretary told Sky. “Let’s not forget that was in May 2020, at the time when there was a lot of work.”

Gray’s inquiry will assess why no one saw fit to stop the 20 May gathering, after the prime minister’s principal private secretary, Martin Reynolds, sent out an invitation to staff to “socially distanced drinks”.

Among the questions that will be asked is why no one felt able to “blow the whistle” on Reynold’s party invitations, even though several people believed that they broke Covid regulations.

The report is expected to lay out a series of factual statements about the drinks parties, when and where they took place, how many people attended them, and, crucially, their purpose. This will then be compared with the guidelines at the time.

In theory, Gray could recommend that Johnson is investigated under the ministerial code. But if she does so, Johnson would have to decide whether to launch an inquiry into his own alleged rule breaches.

The Metropolitan police confirmed in a statement that they would not launch their own investigation into events in Downing Street in May 2020 unless Gray found evidence of rule-breaking.

“The Met has ongoing contact with the Cabinet Office in relation to this inquiry. If the inquiry identifies evidence of behaviour that is potentially a criminal offence it will be passed to the Met for further consideration.”

One former cabinet minister suggested that even if the prime minister is not explicitly condemned in Gray’s report, Tory MPs could move against him, with key council elections looming. “We’re heading for an absolute hammering in May. I think colleagues will want to act before then,” they said.

Gray’s appointment to head the inquiry came amid a panicky atmosphere in Downing Street, insiders claim. Case stood down in mid-December after allegations emerged of a drinks event taking place within his own office.

A Tory adviser who attended meetings in Downing Street during the pandemic contrasted the lax Covid safety regime in the building with the much tougher rules in place elsewhere across government that saw many people working from home.

“In No 10 they were told they had to be in: it was a totally different attitude. That was why Covid ripped through that building. There was no testing, there were no bubbles. You can understand why the party happened when you understand that broader culture.”

Another senior Tory who previously worked in Downing Street said opening a bottle of wine at the desk was not unusual if people were working into the evening, particularly on a Friday.