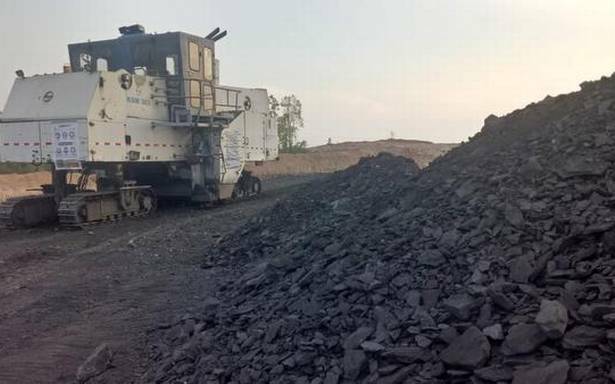 State-owned NLC India is making efforts to ramp coal output from one of its mines in Odisha to up to 10 million tonnes per annum this year.

The company aims to increase the coal production to up to 20 Million Tonnes Per Annum (MTPA) from next year onwards, according to a regulatory filing.

Also Read: Explained | How bad is the world’s energy crisis?

In a late evening filing on Tuesday, NLC India said has taken steps to achieve the target of 6 MTPA from its original schedule of four MTPA during the current year. Considering the high demand of coal, the company is taking all out efforts to augment the coal production of Talabira Mine up to 10 MTPA for the current year and up to 20 MTPA from next year onwards.

This will not only provide fuel security to end use plants but also make available coal in the market, it added.

The coal produced is being transported to its one of the end use plant, NLC Tamil Nadu Power Limited's 2 x 500 MW plant at Tuticorin, Tamil Nadu. This is a subsidiary of the company.

The entire generated power is catering to the requirement of Southern states and major share goes to Tamil Nadu.

Amendments to the Mines and Minerals (Development and Regulation) Act on Mineral Concession Rules by the Coal Ministry on October 1 has enabled sale of excess coal after meeting the coal requirement of end use plant.

Accordingly, the permission from the coal ministry has been sought to sell the excess coal, the filing said