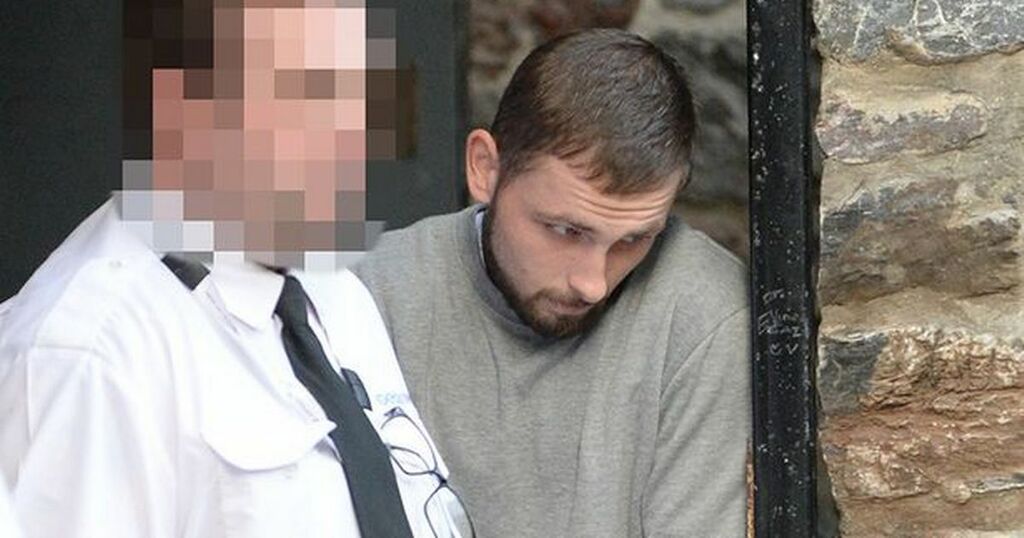 A member of the Nissan Micra drug gang was jailed after preying on vulnerable women to sell heroin and crack cocaine.

Grant Stevens stored drugs in a mum-of-two's loft worth £70,000 and used a flat of one of his addict customer's as a base also.

In 2018, the 29-year-old was jailed as part of the infamous Nissan Micra gang which brought heroin and cocaine from Liverpool to Plymouth, reports PlymouthLive.

But Plymouth Crown Court heard that gang bosses blamed him for the cash seized by police and he resorted to dealing drugs again to pay the money back.

Stevens was caught with the same drugs twice more – once with more than half a kilo of heroin.

He stored drugs in the attic of his old school friend James in Whitleigh and used Martin to deliver drugs from her flat.

Jailing Stevens for three years and eight months, a judge said that Stevens' latest offences were made worse by his previous conviction and because he had roped the two women into his operation.

Suspending Martin's jail sentence, Recorder Roger Harris said: "There is a realistic prospect of your rehabilitation and you have shown a determination to rid yourself of your drug habit."

Handing James a similar sentence, he added that she had been "exploited" by Stevens - to whom she was attracted.

The judge said: "Immediate custody would have an immediate harmful impact on your children."

Martin, of Molesworth Road, Stoke, and James, of Brentford Avenue, were each given a two-year prison sentence suspended for two years.

Both must do probation supervision and Martin must complete a Drug Rehabilitation Requirement, involving treatment and testing for her habit.

Stevens, of Lympne Avenue, Ernesettle, long ago pleaded guilty to two counts of possession of a Class A drug with intent to supply on October 1, 2019.

He also admitted the two similar charges on December 16 that same year.

Martin pleaded guilty to two counts of possession of the Class A drugs with intent to supply on December 16, 2019.

But James denied two counts of being concerned in the supply of Class A drugs between July and October 2019. She was convicted in December after the second of two trials.

The jury heard that a sharp-eyed policeman on a welfare check spotted a chair looking out of place underneath an attic hatch.

He climbed up and pulled down a rucksack containing heroin and cocaine worth more than £70,000. Stevens' fingerprints were on the stash.

James claimed to know nothing of the drugs but admitted that Stevens was a frequent visitor - even popping around when she was out.

Recorder Harris said that the jury had rejected her story that he was just doing his laundry.

He added that they arrested Martin as she came out to deliver three wraps of drugs.

Mr Brown said that officers searched her nearby flat and found Stevens surrounded by drugs, cash and paraphernalia such as scales.

Stevens was jailed for two years and four months in July 2018 for conspiring to supply heroin as part of the Nissan Micra gang.

Notorious dealer Stephen Moore masterminded a string of couriers who brought the drugs from Liverpool, normally in a Nissan Micra. He was locked up for 10 years and eight months.

Barry Hilliard, for Stevens, said that his client started using drugs because he was devastated to learn that he was not the father of his partner's child - which he had believed for years.

He added that he built up a debt to dealers and became involved in the Nissan Micra plot to pay back what he owed.

The solicitor said that he was held responsible for the money seized by the police and resorted to dealing upon his release from prison to pay back the debt.

Mr Hilliard said Stevens had formed a new relationship and had left the drugs world behind after receiving an ultimatum from his partner.

He added that his client had moved from "strength to strength" with a new child and had been working with travellers doing work such as repairing driveways.

Deni Mathews, for James, said she had no previous conviction and said that the offences happened at a "low point in her life".

He added that she was the sole carer of two children aged seven and nine and a previous victim of domestic violence.

Mr Mathews added: "In short, she fell for Mr Stevens. Her denial that the drugs were present has been clearly rejected but her judgement was particularly clouded by a number of matters, including her feelings for Mr Stevens".

The barrister said James was not in the best of health, suffering from Crohn's disease for a decade and had also been diagnosed for depression and anxiety.

Ali Rafati, for Martin, said that she had been deemed appropriate for a court order to treat and test her drug use.

He said that the offences dated back to December 2019, she was released under investigation and then there was a delay of 14 months.

Mr Rafati said she was a vulnerable drug user and her last conviction was back in 2014.

He added: "She has pleaded to one occasion taking the drugs from Mr Stevens which weighed less than a gram and she was intercepted by police."

Mr Rafati said that Martin agreed to let her dealer, Stevens, use her flat to sell drugs that day.

He added that she had managed to come off heroin and crack cocaine over the last two years.