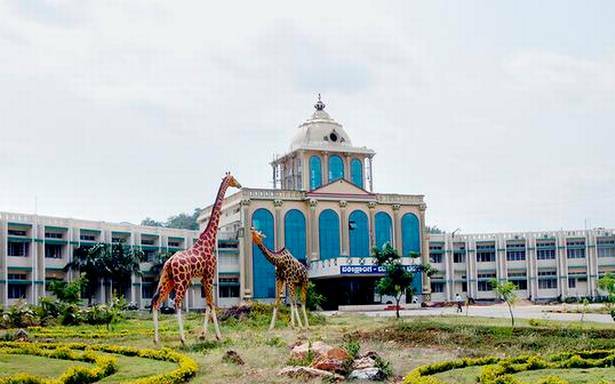 Kuvempu University at Shankarghatta in Shivamogga district stands at 81st place in the National Institutional Ranking Framework (NIRF) of educational institutions in the country, announced by the Union government.

The university has been among the top 100 institutions in the ranking since 2018.

Vice-Chancellor B.P. Veerabhadrappa said the university had maintained its standard in teaching, research, publications and extension activities, despite the COVID-19 pandemic. The university would make all efforts necessary to improve its position in the ranking.

G. Anuradha, Registrar, said the university had been providing rural students with quality education. The NIRF ranking had recognised the university’s contribution in the field of higher education, she said.