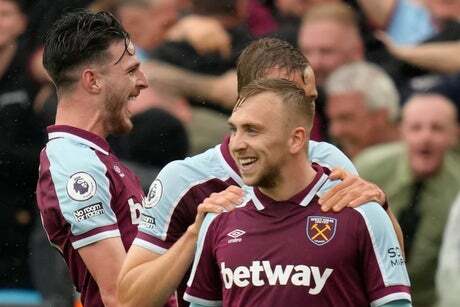 Tom Rogic and Nir Bitton issued a heartfelt thanks to Celtic after announcing they will leave after almost two decades of combined trophy-laden service.

The Parkhead club announced the duo are set to depart after Saturday’s Scottish Premiership trophy day against Motherwell.

Rogic and Bitton have played their part in a staggering 34 major silverware successes since they both arrived at the Hoops in 2013.

Aussie Rogic scored the last-gasp winning goal in the 2017 Scottish Cup final against Aberdeen to complete an astonishing Invincible Treble.

And the 29-year-old told the club website: “I want to sincerely thank everyone at the club and all our supporters for everything that has been given to me while I have been at Celtic.

“It has been a phenomenal journey, with some magical moments - it has been an honour to be a part of this experience.

“It has been a privilege to play for the Celtic supporters, the best in football I have ever experienced and the great times I have been part of will stay with me forever.”

“While I am so sad to leave, I feel so proud to be part of a team that has delivered the title again for our fans. The club is in a great position and I know the manager will take the club on and deliver more and more success.”

“Celtic will always be in my heart and part of my life and I wish the club and our fans nothing but success for the future.”

Bitton was signed by Neil Lennon for a fee of around just £700,000 and has proved huge value for that modest transfer outlay.

“I have worked with some managers and team-mates and I thank them all for those times and all we achieved together.”

'We have dominated the game here for so long and now this year as champions we have done it again, something us as players and supporters we should all be really proud of.'

“After a season of real hard work, when many never gave us a chance, we are champions again – the whole squad, manager and our staff were determined to deliver this to our fans.

“I want to thank everyone at the club and our fans for the support I have received during my time at Celtic and I wish the club absolute success for the future.”