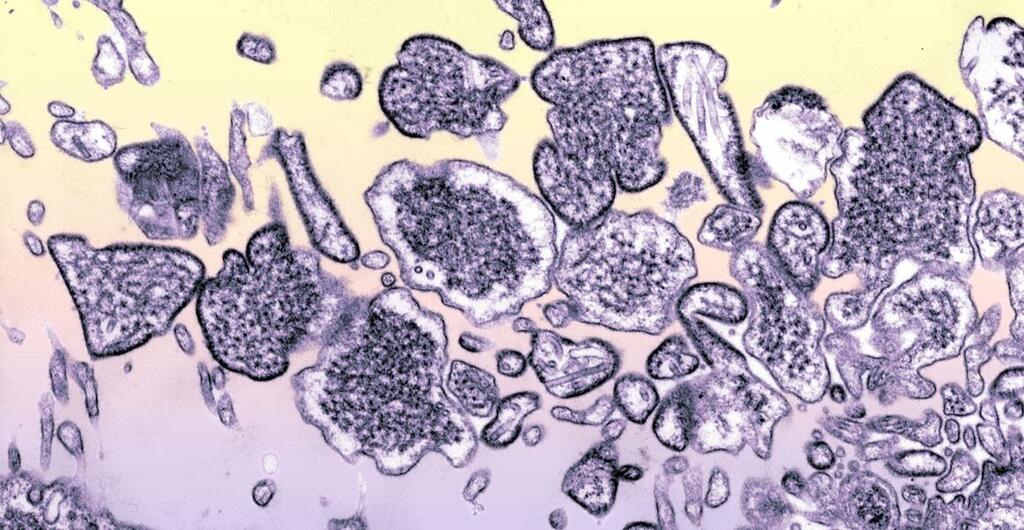 Officials in India are scrambling to prevent the spread of a potentially deadly virus with “pandemic potential.” And in this case the virus is not the Covid-19 coronavirus. It’s the Nipah Virus, which hasn’t caused a pandemic yet since it was first discovered in 1999. But, as they say in the minor leagues and local theater productions to up-and-comers, it’s got potential.

Early on Sunday, a 12-year-old boy in Kerala, a southern state in India, tragically died from a Nipah virus infection after he had spent about a week in a hospital. He was originally admitted for a high fever but his condition progressively worsened as he began exhibiting signs of encephalitis, which is inflammation and swelling of the brain. When testing of blood samples sent to the National Institute of Virology revealed the presence of the Nipah virus, officials knew they had to move quickly to prevent the virus from spreading any further. Contact tracing efforts are under way with all close contacts being quarantined. The boy had come into contact with a total of 188 people with 20 of them considered high-risk close contacts.

Officials are working quickly because they don’t want to find themselves “knee deep-a” in this Nipah Virus. The virus, which is a member of the Paramyxoviridae family genus Henipavirus, is already known to be a dangerous virus. The virus has killed 40% to 70% of those infected in previous outbreaks over the past two decades or so. The Nipah Virus has been on the World Health Organization (WHO) rogues list of infectious diseases that pose the biggest potential threats to the world, as I covered for Forbes back in 2018.

What gives the Nipah Virus “pandemic potential” in general? Well, it is zoonotic, which means that it can spread between other animals and humans with bats and pigs being known culprits. And once in humans, the virus can spread from human-to-human. If you’ve ever tried to organize a stage production of Les Misérables with just bats and pigs, you know how unpredictable animal and human interactions can be. So you never know where and when the virus might jump from other animals to people and then cause a human outbreak.

The Nipah Virus may not be as transmissible as the severe acute respiratory syndrome coronavirus 2 (SARS-CoV-2), but previous outbreaks have shown that it can spread among humans fairly rapidly. Plus, there are currently no established vaccines against or treatments for Nipah Virus infections. While that may keep anti-vaxxers from saying, “don’t take the Nipah Virus vaccine because it will make your keys stick to your forehead,” it also means that there is currently little humans can do to prevent the spread of the Nipah Virus except for non-pharmaceutical interventions such as social distancing, face mask use, hand hygiene, and disinfecting surfaces. Therefore, a Nipah Virus epidemic could catch many countries with their pants down around their ankles just as the Covid-19 coronavirus did in early 2020.

Typically, there are three ways you can catch the Nipah Virus. One is by direct contact with infected animals such as bats and pigs or their body fluids. This is yet another reason why playing with bat or pig urine, blood, or saliva is a bad idea.

Another way of being infected is by eating contaminated foods. So if the menu says “with or without bat poop,” choose the “without” option. Bats are known to poop in food items such as palm sap or fruit because they frequently don’t have manners or know how to use public restrooms. Bats can also nibble at food like fruit leaving them contaminated. So avoid anything that looks partially eaten and forego that intimate dinner with bats regardless of how much you want to re-create that Lady and The Tramp scene with a noodle and a bat. Also, immediately discard any food or water that may have been touched by bats in any way. “Let’s store it in the room with all those bats” are words that should rarely come out of your mouth.

The third way of contracting the Nipah Virus is from close contact with an infected human or his or her body fluids. Again it’s risky to play with any body fluids such as nasal or respiratory droplets, urine, and blood regardless of whether they’re from humans or other animals. It shouldn’t be comforting to hear the words “don’t worry it’s only human urine” when someone throws such a liquid in your face for example.

Public health experts have known about the Nipah Virus since 1999 when an outbreak in Malaysia and Singapore ended up infecting nearly 300 humans and killing over 100 in Malaysia and Singapore. Pigs were involved as well, as over one million pigs were culled in efforts to stem the spread of the virus. Since then other outbreaks have occurred, mainly in Bangladesh and India.

While the virus can infect different animals, the main reservoir appears to be the fruit bat (genus Pteropus), otherwise known as the flying fox. The Nipah Virus is very similar genetically to the Hendra virus, another henipavirus that bats carry. So it will be important to give a flying fox about what happens to the virus in that population.

If you do get infected by the Nipah Virus, you probably wouldn’t recognize what happened right off the bat, so to speak. It takes time for symptoms to emerge, usually anywhere from four to 14 days. The most common initial symptoms are fever and headache, which may be accompanied by respiratory issues, such as a cough, a sore throat, and difficulty breathing, as described by the Centers for Disease Control and Prevention (CDC). This initial phase of infection can last from three to 14 days.

During this initial phase, there aren’t obvious specific symptoms that make you go, “oh, yeah, this is Nipah.” So diagnosis will require real time polymerase chain reaction (RT-PCR) testing of different body fluids. This can include samples of cerebrospinal fluid, urine, and blood as well as the oh-so familiar swabs of your throat and nasal passages.

Some infections don’t proceed beyond this initial phase. You may end up having nothing more than mild symptoms. However, this doesn’t mean that you should say, “oh, my doctor told me that it’s only a Nipah Virus infection. I can just walk it off.” A significant percentage of infections progress to encephalitis, which is when the brain gets inflamed. Symptoms include drowsiness, disorientation, confusion, and seizures. You can fall into a coma rapidly within 24 to 48 hours. Many people don’t survive when this has happened, which means that you “Nipah” take all infections with this virus seriously.

After you’ve recovered from the infection, you may develop antibodies in your blood, which can be detected with an enzyme-linked immunosorbent assay (ELISA) test. However, it’s not completely clear what kind of protection such antibodies may offer against future Nipah Virus infections.

Of course, the situation in India doesn’t mean that you should panic. Public health officials will rarely say, “OK, time for everyone to panic. So raise your hands above your head, start yelling, and run in circles. And buy lots and lots of toilet paper.” Plus, one case doesn’t mean a large outbreak yet. And an outbreak wouldn’t necessarily progress to an epidemic. And an epidemic wouldn’t necessarily evolve into a pandemic. A lot would have to have to happen for this latest Nipah Virus situation in India to become a major concern.

Nevertheless, this situation is a reminder that other viruses and pathogens don’t take a vacation just because the SARS-CoV-2 is causing a pandemic. Other pathogens don’t say, “OK, you got this” to the Covid-19 coronavirus. You never know what other pathogens are currently being batted around and when and where any of these may eventually become even bigger problems.