Nipah virus in Kerala: Causes, symptoms and all you need to know about the deadly infection 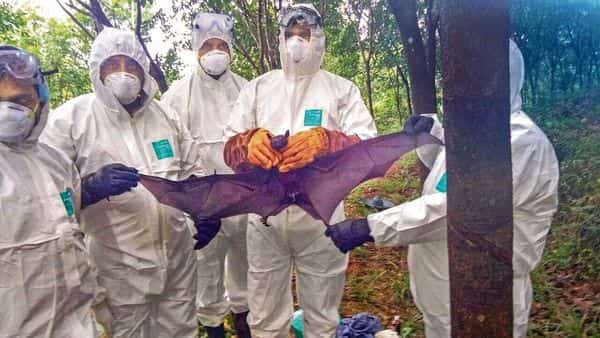 As Kerala continues to grapple with the Covid-19 pandemic, a new crisis has hit the state - the Nipah virus, which has a very high fatality rate. A 12-year-old boy succumbed to the virus in Kerala’s Kozhikode district on Sunday, the third time in four years.

What is the Nipah virus?

Nipah is a zoonotic virus that spreads from animals to humans and is also transmitted directly between people.

How is the Nipah virus caused?

According to the World Health Organization (WHO), the Nipah virus is caused by fruit bats and is potentially fatal to humans as well as animals.

Transmission of the Nipah virus to humans can also happen from infected people through close physical contact, especially by contact with body fluids. Transmission through drinking of raw date palm sap, contaminated by bat urine or saliva, has also been identified.

Along with respiratory illnesses, the virus can also cause fever, headache, cough, muscular pain, headache, fever, dizziness, and nausea.

Currently, there are no drugs or vaccines that specifically target Nipah virus infection. Nipah virus is one of the pathogens in the WHO Research & Development (R&D) blueprint of epidemic threats needing urgent R&D action. However, Ribavirin, an antiviral, may have a role in reducing mortality among patients with encephalitis caused by Nipah virus disease. Intensive supportive care with treatment of symptoms is the main approach to managing the infection in people.