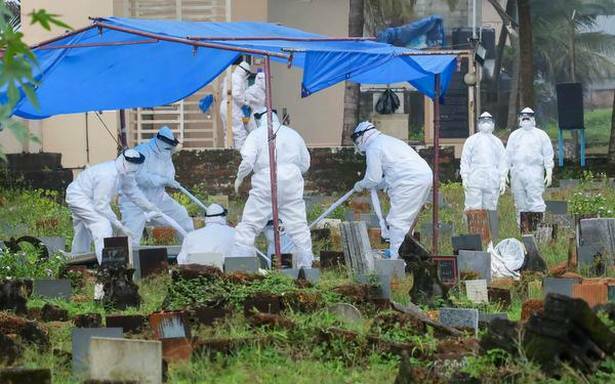 No traces of Nipah infection were found in the eight samples that were sent to the National Institute of Virology in Pune. Health Minister Veena George told reporters here on Tuesday that the parents and close relatives of Mohammed Hashim (12) who succumbed to the infection recently as well as some health workers were among those whose reports arrived late on Monday.

“It is a huge relief that the closest contacts to the boy have not contracted the disease yet. However, the incubation period is different for different people and hence all of them will continue to be under quarantine”, Ms. George said.

She said the victim’s mother is now feeling better with her fever subsiding while a couple of others under observation have developed a mild fever. All of them are in stable condition, she the minister added.

Meanwhile, the Nipah laboratory set up at Government Medical College under the aegis of the National Institute of Virology, Pune, is now functional. The State Health Minister said five samples are being tested at the laboratory at present, the results of which will be known on the same day.

The health workers are now engaged in tracing the secondary contacts and have started home to home surveillance.