“The midfield picks itself — Beckham, Scholes, Gerrard and A. N. Other.”

So said former Liverpool and England footballer Phil Neal when speculating about a Three Lions line-up back in the day.

Who’d be a selector?

Or even a pundit, for that matter?

In just over five weeks, Wales will play New Zealand in Cardiff. On the surface, there shouldn’t be too much need for the midnight oil to be burned when picking the side, with Wayne Pivac’s players having exceeded expectations in the summer and actually made a serious fight of the Test series against South Africa, nicking a Test and unlucky not to have another in the three-match series.

But there are still issues for head coach Pivac to resolve, not least because of the odd injury or three.

We take a look at who’s nailed on and which places are still up for grabs.

Liam Williams is out, Leigh Halfpenny hasn’t played for almost 15 months. Oh, and Hallam Amos has retired from rugby. Still, there are options, from Josh Adams to Gareth Anscombe, Johnny McNicholl, Ioan Lloyd, Tom Rogers, Angus O’Brien, Michael Collins and beyond. Shane Williams has even floated the idea of throwing the No. 15 shirt to Louis Rees-Zammit. But maybe the man who started the final game for Wales at full back in the 2022 Six Nations is the favourite. For the avoidance of doubt, that would be McNicholl.

One of Wales’ top-performing players on their summer tour of South Africa, the 21-year-old has started this season well, scoring a remarkable try for Gloucester against Wasps at Kingsholm that seemed to involve detours, scenic routes and possibly a hurried coffee along the way. "He's pretty much run across the whole city of Gloucester," offered BT Sport commentator Nick Mullins. Rees-Zammit also had a bad back and a broken lace as he took off. He will start.

Here’s another one who’s going to feature. North had a decent tour of South Africa and caught the eye for the Ospreys in their defeat to the Lions last weekend with his strength and appetite for work. The big man constantly challenged the opposition defence and dented the gain-line. It was a strong display from him after his outing on the wing the week before.

Asked recently to name his strongest team-mate, Saracens’ Alex Good lobbed the name of Nick Tompkins into the mix among others, classing him as “very strong”. To Sarries, Tompkins is worth his weight in gold. They enjoy his appetite for work, his leadership qualities and his adaptability, qualities Wayne Pivac values as well. Another dead cert to figure, then.

No player in the BKT United Rugby Championship has made more clean breaks (4), beaten more defenders (10) and achieved more metres (166) than Adams in the first two rounds of matches this season. There has been talk of the Cardiff man featuring at full-back, with such a scenario not wildly inconceivable, but he’s been on song as a wing and others are more familiar with the No. 15 shirt. Why mess the British and Irish Lion about, then, and especially against New Zealand?

He’s captain, he had a fine tour in the summer and he has a ferocious will to win that rubs off on those around him. If he’s not sure of his place, then who is?

It’s become a perennial debating point: who starts at No. 9 for Wales? It will be one out of Kieran Hardy, Gareth Davies and Tomos Williams, despite the Dragons’ Rhodri Williams eclipsing all three with his display against Munster.

Davies has been starting for the Scarlets ahead of Hardy, with both outshone by Ulster’s John Cooney in Llanelli last Saturday. In fairness, there won’t be many better scrum-half displays all season than the one produced by the Cooney, who was involved in five of his team’s tries (two touchdowns himself, three assists). Tomos Williams is a quality option, but Hardy put down a marker as a starter in South Africa, so he’s probably ahead of the rest.

Gareth Thomas would be a shoo-in to feature here but injury has sidelined him at the Ospreys so far this term. If he’s fit and banks enough game-time, he will be in the run-on side, but at this point we can’t deal in certainties at loosehead. Nicky Smith has been the top Welsh performer in the position in the early weeks of the season, but Wales have left him out of three successive squads. Wyn Jones will always do a job and the Wales management seem to value what Rhys Carre brings.

This one depends on how the selectors’ assess the development of Dewi Lake. More particularly, is his throwing up to Test standard? The converted back rower has made progress over the past year but is still prone to the odd lapse. Around the field, mind, he is a force of nature — hard to stop from driving mauls, a solid tackler, powerful carrier and a player who achieves turnovers.

Close, then, to being the full package.

But Pivac evidently rates Ryan Elias and the Scarlet did have a good campaign with Wales in 2021-22, often seeming to do the work of two men. He was Pivac’s choice as front-line starter for most matches, and he’ll probably kick off the campaign in that position again.

Wales’ best tight-head scrummager and a player who has begun the season well, with him and Nicky Smith, backed by Tom Botha, helping the Ospreys win more scrum penalties (5) than any other side in the URC over the first two rounds of matches. Competition will come from Dillon Lewis, who put down a marker in Cardiff's win over Munster, but Francis’ set-piece work should swing the verdict.

The official best player in Welsh rugby last term, so it would be a big call to leave him out, especially after the way he performed in Wales’ most recent Tests. The 6ft 8in, 19st 4lb Dragons captain also showed he was bang on form with a strong display in the win over Munster last Sunday. He’s developed into a quality Test player, and if a Lions squad were picked tomorrow he’d be there or thereabouts. You can read about Rowlands winning Welsh rugby's top player gong here.

Don’t rule him Alun Wyn Jones, who rolled back the years for the Ospreys against the Lions, stealing opposition ball, pouncing for loose possession on the floor, tackling with purpose and generally fighting for everything as if his life depended on it. It was an effort that would have impressed Wayne Pivac. But maybe the coach will be inclined to stick with the twin peaks Beard-Rowlands combination — both stand 6ft 8in tall — that he began with in South Africa. Beard is developing as a leader and, like Jones, he has grafted hard in his outings this term.

An inspired selection saw Wales pick Dan Lydiate for the Tests in South Africa with the Ospreys blindside duly meeting the Springboks physical challenge head-on. Coaches tend not to forget such things. But team boss Pivac will also have a fit-again Ross Moriarty available and he has been the Dragons’ best player in the early rounds of the URC. Pivac will want to achieve back-row balance and both Lydiate and Moriarty could do a job on that score. Both are destructive tacklers who deal in physicality in a big way.

Form and performances in training will decide who takes the shirt, with Christ Tshiunza potentially in the mix as well.

Stuart Barnes has suggested Tommy Reffell will be the " first name on the Welsh team-sheet ” this autumn, while former Wales captain Gwyn Jones predicted in mid-summer: “Tommy Reffell will be Wales’ openside going forward. He is the nearest thing to Sam Warburton since Sam Warburton.” Certainly Reffell banked a lot of credit with his efforts in South Africa in the summer. He’s the incumbent, too.

But let’s see. Wales will have Justin Tipuric as a selection option this autumn and no coach would pass him over lightly, with the Ospreys captain bringing leadership and high-level rugby intelligence to the table, as well as his many other attributes.

This one may be the tightest call of the lot.

Is it worth discussing other options? Probably not. If Faletau is fit, he plays — of course he does. The real first name on the team-sheet. 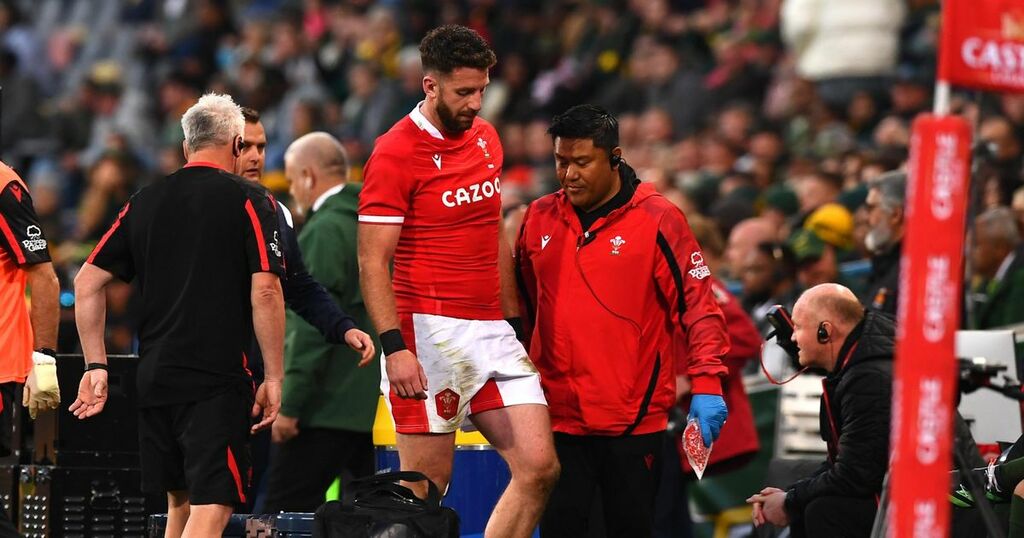 Wales Online
From analysis to the latest developments in health, read the most diverse news in one place.
Welsh rugby's team of the week as uncapped 28-year-old 'will surely catch Wayne Pivac's eye'

Who makes our line-up of the weekend's best Welsh players in the United Rugby Championship?

The latest rugby headlines and news bulletins from Wales and beyond

The Swansea.com Stadium team are searching for their first victory of the season

Wales Online
One place to find news on any topic, from hundreds of sites.
Official limits on Wales stars playing for their regions revealed after Faletau criticism