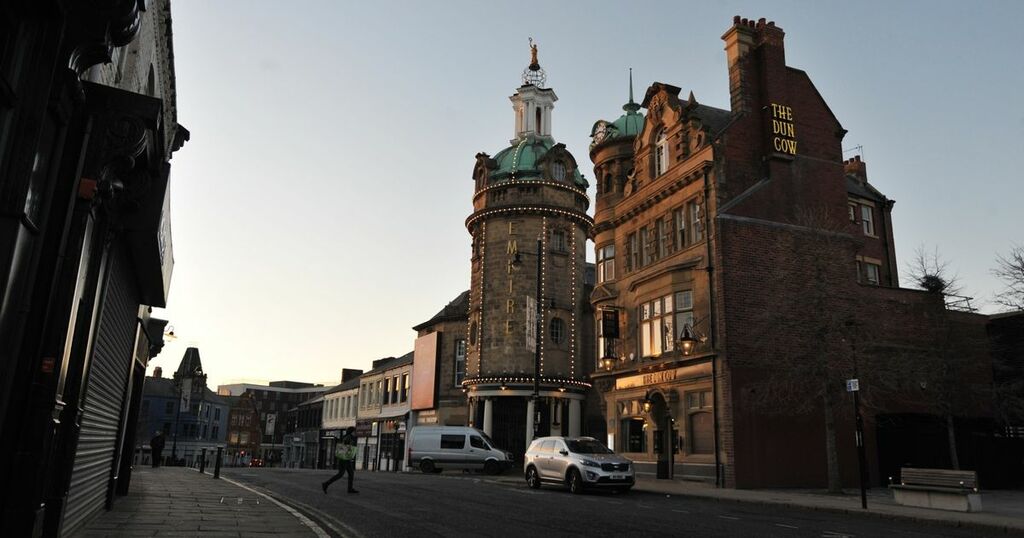 Controversial survey figures announced earlier this week revealed Sunderland to be one of the top 50 worst places to live across the whole of England.

The city ranked 36th, after polling figures from a record-breaking 110,172 ilivehere.co.uk readers were compiled, while elsewhere in the North East, Middlesbrough was revealed as 44th.

Following the revelation, Aaron Morris went to gauge the reaction from Mackems, and surprisingly many usually-proud city residents agreed with the rankings.

One begrudging shopper said: "I think the majority of people now just wander off to Newcastle, as it seems to have a lot more to offer - that's my opinion," while another, argued: "There's nothing left here."

However, not all were in the same boat, and others were keen to defend their city.

Pensioner Nick Streatfield told ChronicleLive that there are "worse places to live".

He said: "There's worse places than Sunderland to live in, don't get me wrong.

"I went to Blackpool this year, and it's twice as bad as Sunderland. It gets many more visitors but there's no money invested in it. You go off away from the seafront and it's completely poor."

In response to the rankings, we thought we would look at a few reasons why Sunderland is actually a great place to live - check them out below.

Reasons why Sunderland isn't such a bad city to live in:

Beautiful beaches and a superb seafront

The city of Sunderland has an abundance of some of the most beautiful beaches the United Kingdom has to offer. Whether visitors are interested in a mid-summer picnic, or fancy adventuring and rock-pooling during the autumn, they can do it all on the stunning seafront.

Seaburn offers locals as well as visitors exciting amusements and tasty restaurants which run along the coast.

The popular Stack is also in Seaburn, offering a cultural hub to enjoy food, drinks and entertainment.

A brisk walk southbound is Roker, which also plays host to a number of wonderful sights such as the renowned pier and lighthouse - also offering visitors an array of fancy cafes and restaurants serving up delightful hot food and drinks.

It's no secret that Sunderland is home to a rich North East history and heritage.

From the fantastic Vaux Beer site which ran in the city centre for 162 years, to the prestigious William Doxford and Sons shipbuilding yards which pumped out vessels such as the Naess Crusader on the banks of the River Wear - Sunderland has a fantastic history behind it.

And all of this is paid tribute to in the stunning Keel Square project, where fantastic memorials and murals are situated, such as the Propellers of the City, and the more recent 'Gan Canny' provided by local sculptor Ray Lonsdale.

A musical and performance entertainment hub

Sunderland has just launched its fantastic new £11m Fire Station based auditorium in the heart of the ever-changing city centre - in a bid to attract musicians and performers from across the globe to help boost the local economy.

Sunderland Empire is just a stone's throw away on High Street West, which puts on amazing shows, pantomimes and performances, with other music venues such as Independent on Holmeside also playing host to bands from up and down the country.

The Stadium of Light is also the venue for world-famous bands in the summer, with superstar Ed Sheeran booking three dates in June 2022.

The SoL has also brought the likes of Coldplay, Oasis, Kings of Leon, Rihanna, Foo Fighters, One Direction and Beyonce to the city of Sunderland in the past.

So Sunderland AFC aren't as highly rated as they used to be in terms of league position, after suffering back to back relegation in 2017 and 2018.

With that being said however, they still provide exciting performances on the pitch for loyal fans to enjoy week in, week out, home or away.

Although they've lost their notability and won't be contending for the Premier League title alongside their neighbouring Newcastle United any time soon, there is still certainly a buzz about the Stadium of Light after new owner Kyril Louis-Dreyfus purchased the club in 2021.

In other sports, boxing contender Josh Kelly - a homegrown talent from Sunderland is making a name for himself on the big stage, with other athletes from the city also breaking onto the major scene - like UFC contender Justin Burlinson.

The city of Sunderland plays hosts to many beautiful greeneries, both in the city centre itself as well as further afield.

Penshaw Monument overlooks the massive Herrington Country Park, where dog walkers and picnic lovers can become one with nature on a regular basis. Mowbray Park in the city centre itself is always busy, full of people relaxing in the Sunderland sun during the busy summer period.

Barnes Park, Hylton Castle Dene, Roker Park and Backhouse Park also each offer a different retreat for locals across Wearside who want to stretch their legs and get some fresh air, taking in breathtaking views of local nature and history alike.

Brilliant landmarks all over the city

It's no secret that Sunderland also features some of the region's biggest and most interesting monuments.

Visible from up to 50 miles away, the aforementioned Penshaw Monument regularly attracts visitors who want to learn more about its history.

The recently constructed Northern Spire bridge connecting Pallion and North Hylton illuminates the city skyline, while the nearby Hylton Castle, which has been recently renovated, has started welcoming guests for tours.

An array of pubs, clubs, bars and restaurants

We recently covered a list of the best Sunderland restaurants according to TripAdvisor reviewers, which showed a variety of tasty hotspots.

And Wearside proved to have a fantastic range of high-quality eateries, from fresh fish and chips on the stunning seafront, to tender prime cuts of meat at a fancy steakhouse just outside the city centre.

Not only does Sunderland play host to a variety of cuisines though, it also has a fantastic selection of local pubs, bars and clubs from top to bottom.

From quiet retreats like Granny Annie's at Roker Beach, to the lively lounges of Chaplins on the corner of Stockton Road, Wearside has a little something for everyone.

And for night owls, local clubs like Trilogy, Pharmacy and Independent host party people week in, week out until the early hours of the morning - with dedicated student nights also swarming the city every Wednesday.

An ever changing city centre

While a few complain about the lack of shops in the city centre itself, it's worth noting that the landscape across Wearside is constantly changing and improving for the better.

A new City Hall has recently been constructed on the old Vaux Brewery site, the previously mentioned 450-seat performing arts venue in the Fire Station complex finally opened its doors in December, and a new £36m eye infirmary has just been given the green light.

Proposals for changes to Sunderland Station have also been submitted, with the aim of transforming the currently run-down building and creating a beautiful state of the art transportation hub in its place.

There are many exciting projects taking place across Wearside, with a brighter future ahead.

The North East in general is often praised for its friendliness and Mackems are right at the heart of it.

When gauging the reaction on Sunderland being ranked as one of the worst places to live, many praised the faultless community spirit.

Passer-by Steve Moody said: "You cannot fault the people of Sunderland, you can't fault them at all.

"Everyone would be there for each other, we have got that community spirit, but I think some places in Sunderland are run down and other places need an uplift.

"But the people of Sunderland, you can't fault them - and all of this rivalry with Newcastle is a load of rubbish, like."

For the latest Sunderland news direct to your inbox every day, go here to sign up to our free newsletter