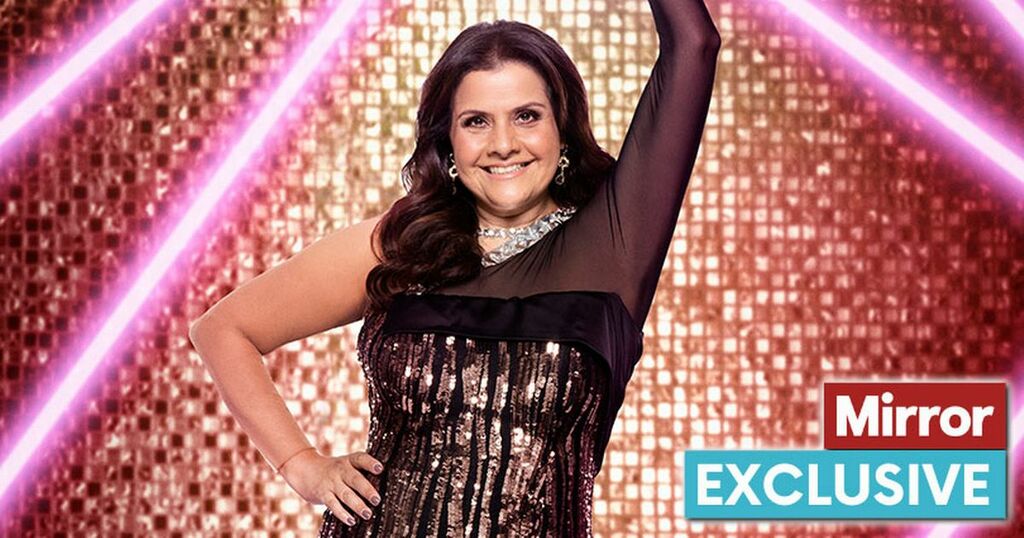 Nina Wadia was tops at tap dancing as a girl and is ­already being tipped as a possible Strictly winner.

Old school pals have praised the fancy footwork of the 52-year-old former EastEnders actress who grew up in Hong Kong.

Classmate Michelle Redward said: “Nina will smash this as she was a pretty good tap dancer back in school days.” Fellow ­pupil Noni Bright said: “She is a lovely, ­bubbly lady and I wish her all the best on Strictly.”

Tom Banks, vice president of the Island School Alumni, ­revealed comedian Nina had shown a flair for the dramatic back in 1984 in the school’s production of Oscar Wilde’s play The Importance of Being Earnest.

He said she had been to school reunions and he last saw her at one in Norwich in 2007.

Nina herself has said she was a real tomboy at the school, whose past pupils include comedian Harry Hill, 56. She was good at cricket, netball and volleyball and liked “jumping off mountains, and hang gliding”.

This weekend, the mum of two, who was raised in Mumbai, India, ­before moving to Hong Kong when she was nine, admitted having had some dance experience.

The ex-Loose Women panellist, who found fame with the 1998 comedy show Goodness Gracious Me, said: “I did Indian dance training called Bharatanatyam, from ages four to nine.

Nina, who is married to Indian film composer and producer Raiomond Mirza, has been trying to boost her stamina and fitness levels ahead of Strictly’s live shows, which kick off on September 25.

She said: “I’ve been walking but not really exercising so that’s ­going to be the toughest ­challenge. I’m stretching and, you know, just taking my general fitness level up a notch, but literally just a notch.”

Some of her rivals are leaving no stone unturned in their quest to look good on the dance floor.

They are dieting, hiring ­personal trainers, getting spray tans and whitening teeth, in ­pursuit of physical perfection.

Ex-Coronation Street star Katie McGlynn, 28, has been working out with a trainer and taken Zumba classes to prepare for Strictly – and get into its notoriously figure-hugging outfits.

She said: “I know Zumba is not the same but that’s just to try and get in the mindset of learning routines. I’ve also been training a lot with my personal trainer and he’s been brilliant. I’ve just been trying to get fit and eat well.”

Fellow contestant and 2012 Great British Bake Off champ John Whaite, 32, admitted he is going all out to look good when he shimmies on to the show with his male partner.

He said: “I’ve done weightlifting now for years, and I’ve really got into bodybuilding in the past 18 months. So I’ve now started to incorporate more stretching and cardio into my routine.

“I have been watching what I eat as I want to get more lean. I am also shaving my chest a lot more than I ever did.”

But John will face competition in the fitness stakes from the likes of Olympic champion swimmer Adam Peaty, 26, and ex-England rugby player Ugo Monye, 38.

Actor and comedian Robert Webb, 48, has been running and doing weights.

His Peep Show co-star David Mitchell believes he has a good chance of winning, despite his heart operation in 2019.

David said his pal was known for his dancefloor moves when they were students together at Cambridge University.

And actor Greg Wise, 55, star of 1995’s Sense and Sensibility, plans to dazzle judges with newly whitened teeth. He said: “Throw on the ­sequins, spray me with tan, whiten my teeth and I’ll be fine.”

The launch show is on Saturday at 7.45pm on BBC One.