Nike is worried its irritating SNKRS app may push sneakerheads away 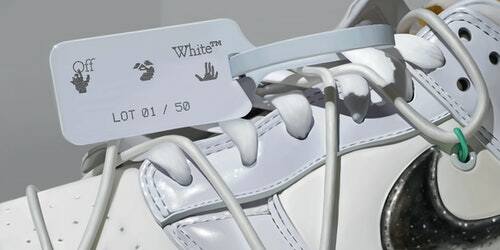 Nike is well aware of the frustration its SNKRS app causes sneakerheads and is seeking remedies, according to details leaked from an internal company meeting last week. “We are at risk of losing our most sneaker-obsessed consumer,” one slide read during the presentation, according to a report from Complex. “High heat, hype is ‘killing the culture’ and consumers are migrating towards New Balance and smaller, independent brands.”

SNKRS global VP Ron Faris likened the explosion in attention to sneaker collection to “gentrification” and said he wants to better serve the “Black, brown, and Asian communities” that were crucial in the formation of sneaker culture before it had gone mainstream.

One slide revealed just how much traffic for the SNKRS app has increased, as the number of users rose by 57 percent during the last year. Demand for releases rose by 70 percent over the same time period, with Nike only able to satisfy 7 percent of desired sales — down from 13 percent in the two years prior.

Ever wondered how many people you’re competing against? —

Faris also admitted to what we all know, that Nike doesn’t make enough sneakers to satisfy demand. He said that while 300,000 people used to participate in release day drawings, that figure has now reached as high as 750,000 for certain sneakers.

For the Off-White Dunk Low “The 50” collection, which utilized an “Exclusive Access” system intended to reward SNKRS’ most active users, Nike released a staggering 500,000 pairs of sneakers. Instead of entering a draw system, customers were notified if they were eligible to purchase one of the 50 Dunk variants for a limited amount of time.

Faris insisted Nike does a good job of defending its app against bots that seek to cheat the system, but that perceived fairness is still an issue amongst the customer base. “Our community is becoming disenfranchised by our low fairness numbers,” he said. “They’re at, like, the mid-20s; they need to be in the 80s.”

Frustrations with Nike’s “neighborhood” retail partners was also acknowledged after the Trophy Room Air Jordan 1 scandal earlier this year highlighted the inequities when Nike lets go of the reins of its most sought-after releases. Marcus Jordan, son of Michael, was accused of “back-dooring” the majority of sneakers set aside for his boutique — a practice in which a privileged few are allowed to purchase sneakers before the regular customer even has a chance.

Should Nike broaden its use of the “Exclusive Access” model and increase supply for its most coveted sneakers, it’ll go a long way in satiating sneakerheads who’ve become disenchanted with the status quo. But as the fairness numbers Faris cited show, the company still has a long way to go in securing the trust of its consumer base.