'Nightmare' as lorry 'crashes into car' on pedestrianised street in Clifton 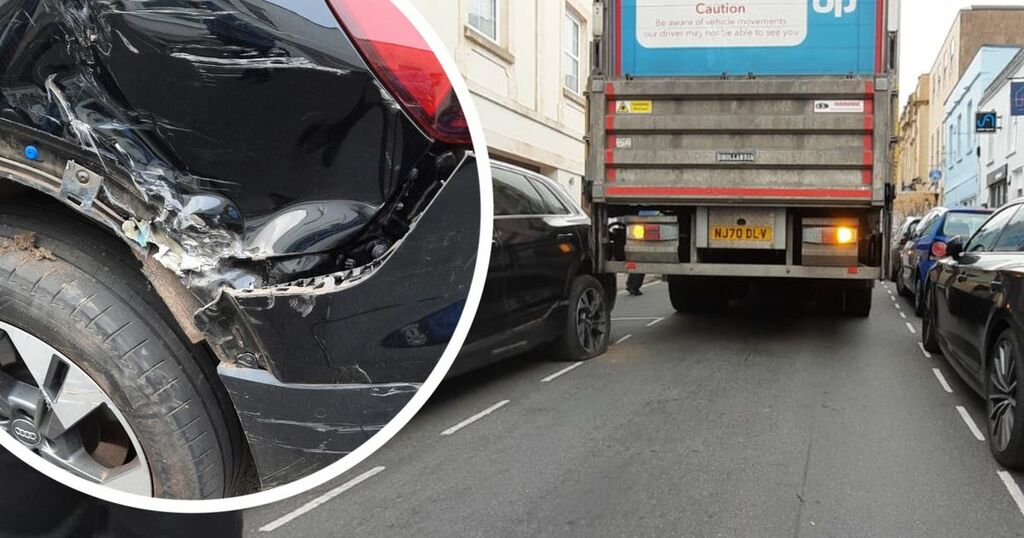 A lorry reportedly crashed into a parked car in Clifton Village, in an incident which has been blamed on a pedestrianisation trial.

A Co-op food delivery truck appears to have scraped a black Audi while it was trying to access a store on Princess Victoria Street, which has been partially closed to motorists since August 2021.

The Audi was badly damaged and police attended the scene.

Since August, Bristol City Council has partially shut the road to motorists from 11am to 5pm, in a trial which could last up to 18 months.

Supporters hope that it will lead to cleaner air and less pollution, as well as making it more suitable for cyclists and pedestrians.

But the Co-op lorry driver has reportedly had to access the street from a different, more narrow side, due to the closure.

And Steven Blackwood, who works at the Co-op on Princess Victoria Street, said the pedestrianisation had been a "nightmare".

"The problem is the road. The road's a nightmare," he said.

And he added: "They thought it was a good idea to pedestrianise it but it's not."

Steven also said that the trial has affected turnover at the Co-op and they never know what time deliveries will turn up now.

In June, around a hundred protesters blocked traffic on Princess Victoria Street and Waterloo Street to register their opposition to the scheme.

But Cllr Paula O’Rourke and and Cllr Katy Grant, Clifton ward members, said in August that the trial would "give residents and visitors the space to shop at leisure.

"When the street is car-free, it will be a cleaner and safer place for community use. This change will make Clifton even more vibrant and exciting," they said.

"As it is being done as an experiment, we can continue to consult with the community and monitor if traffic is displaced and amend if needed."

Bristol mayor Marvin Rees has also expressed his support, saying the city needs "bold action" to cut congestion and pollution. He said pedestrianisation schemes on Cotham Hill, King Street and in the Old City have "proved to be very popular".