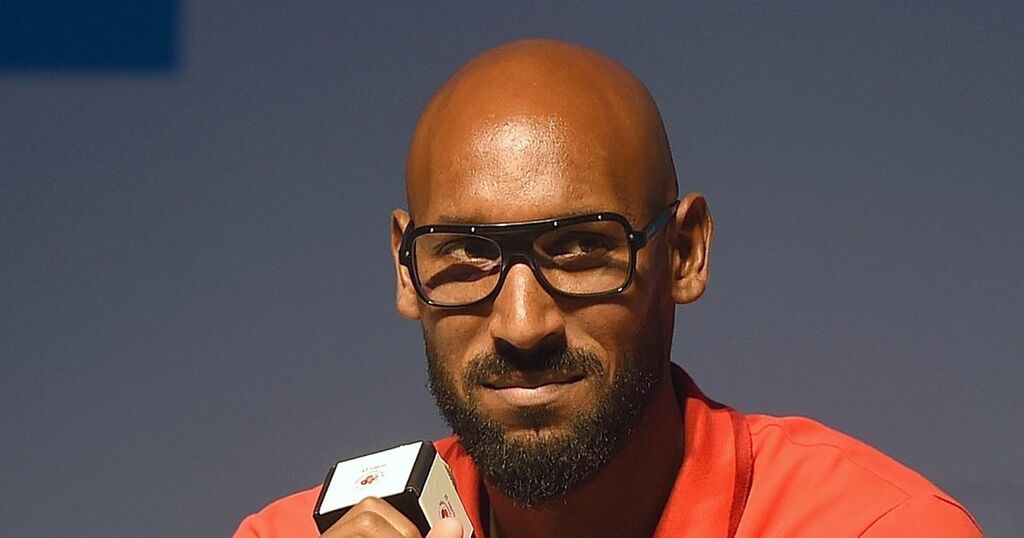 Nicolas Anelka has thrown his weight behind Dimitri Payet after the Marseille star was embroiled in ugly scenes during last month's clash with Nice.

Payet, 34, launched a bottle which struck him back into the crowd, prompting Nice fans to invade the pitch towards the end of the Ligue 1 fixture, which Marseille were losing 1-0.

The match between the bitter rivals was abandoned after 75 minutes as a chaotic fracas erupted between opposition players, staff and fans.

Nice have since been handed a two-point penalty, one of which is suspended, for their supporters' violence and the match will be replayed behind closed doors at a neutral venue.

Payet was also reprimanded with a suspended one-match ban - but Anelka has defended the actions of his fellow Frenchman.

"For me, that's a normal reaction," Anelka told radio station RMC . "You're a soccer player, you get a bottle on your back… me, I agree with Payet at that point.

"If I was in his place, I would throw two bottles plus my shoes! I want us to be exemplary, but we must not be abused either."

Meanwhile, Payet's teammate, Alvaro Gonzalez, has been banned for two matches and physio Pablo Fernandez has been given a nine-month touchline suspension.

Reports on the continent claimed Fernandez struck a Nice fan on the chest, with Marca claiming this left the victim in hospital.

French football's governing body, the Ligue de Football Professionnel (LFP), said in a statement: "Meeting this Wednesday, the Disciplinary Commission of the LFP ruled on the incidents which occurred the third round Ligue 1 Uber Eats match between OGC Nice and Olympique de Marseille.

Do you agree with Nicolas Anelka's defence of Dimitri Payet? Comment below.

"After reading the investigation report in the presence of the two clubs, the Commission decided to replay the match behind closed-doors on a relocated field. In addition, two penalty points were imposed on OGC Nice, including one suspended point."

Nice and Marseille players took shelter in their respective dressing rooms in the wake of the pitch invasion, which took place at the former's Allianz Riviera stadium.

The hosts then pushed to restart the fixture some 80 minutes later, but Marseille refused citing safety concerns.

Marseille boss Jorge Sampaoli needed to be held back by his own staff during the incident, before riot police were deployed to contain Nice supporters.

Nice and Marseille are only separated by goal difference in the Ligue 1 table, with two wins and one draw apiece. Nice have a trip to Nantes on Sunday, while Marseille travel to Monaco.