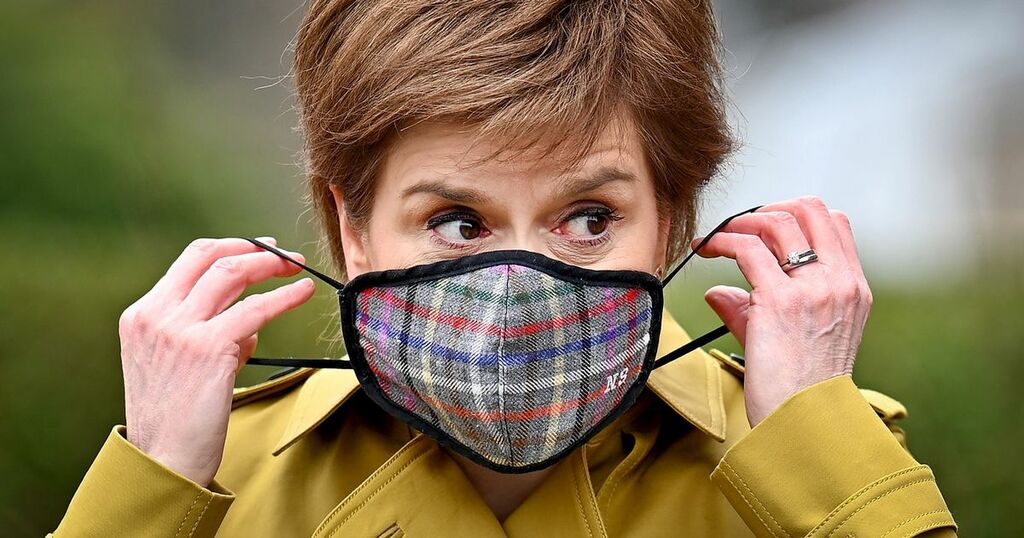 Nicola Sturgeon has warned Scots the recent covid spike is still "challenging" with case numbers five times higher now than at the start of August.

But the First Minister has ruled out reintroducing tougher measures in the short-term with the government's priority continuing to be encouraging as many people as possible to get vaccinated.

In a statement to MSPs today, the SNP leader said there were early signs that daily case numbers in Scotland were not only slowing down but beginning to drop.

However, the number of Scots requiring hospital treatment for covid has remained substantially lower than previous spikes due to the success of the on-going vaccination programme.

The First Minister thanked members of the public and businesses for sticking with the remaining restrictions in recent weeks.

Sturgeon said: "Although the level of infection in Scotland remains too high, there are continuing signs that the recent spike in cases is slowing down.

"Indeed, we are now seeing early signs - not just that the rate of increase is slowing - but that cases are now actually starting to fall slightly.

"This can be seen in the last three weeks’ data. In the week to August 28, there were an average of 5,651 new cases a day – an increase of more than 80% on the previous week.

The First Minister continued: "This most recent data underpinned Cabinet’s decision earlier today not to reintroduce any restrictions.

"I am grateful to everyone – organisations, businesses and individuals – who has taken extra care in recent weeks to try to stop the spike.

"It seems that these efforts are making a difference. That said, our position remains challenging.

"Even though new cases have fallen, they remain five times higher than at the start of August."

Sturgeon also said plans were currently being put in place to ensure there was not a repeat of the sudden surge in cases linked to university campuses reopening.

Last year saw thousands of undergraduates required to self-isolate in student halls with education bosses being blamed for not foreseeing the problem.

It comes as 3,375 positive cases were reported in Scotland yesterday, or 11.4% of all tests carried out.