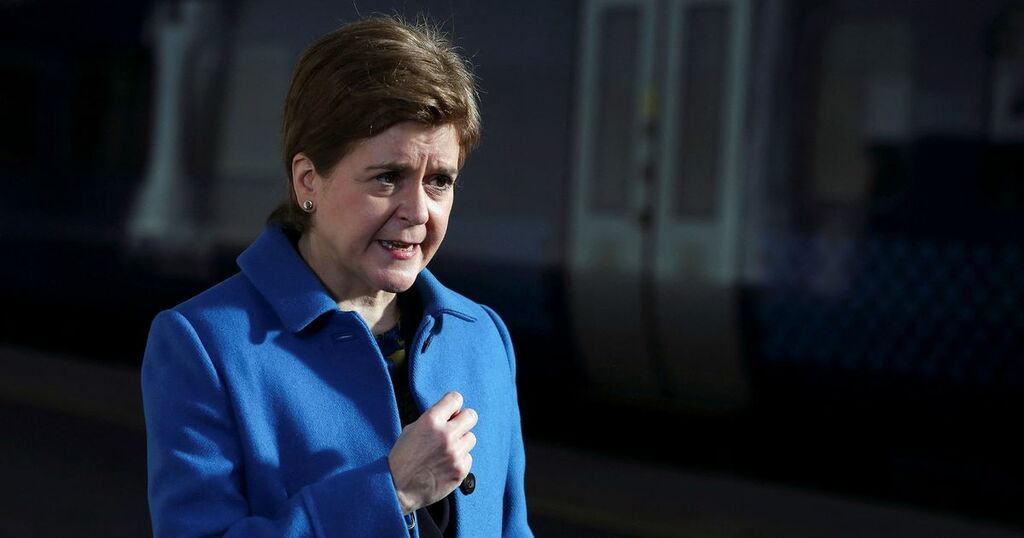 Scotland's First Minister will deliver a Ted Talk about the country's climate change ambitions in the run-up to Cop26.

Nicola Sturgeon is due to talk about the role of smaller countries in climate action at the conference in Edinburgh on Wednesday, October 13.

Sturgeon's talk will be part of Ted's Countdown Summit series, which will see a range of different speakers visit the Scottish capital to share their blueprint for a net zero future from October 12 to 15.

The First Minister will also give a talk to the Arctic Circle Assembly, the largest annual international gathering on the Arctic, in Reykjavik, Iceland, on Thursday.

She will discuss Scotland's links with the Arctic nations and how all countries must work together to tackle the climate emergency.

Other speakers at the event will include the prime minister of Iceland, the Danish minister for foreign affairs and the EU commissioner for environment, oceans and fisheries.

Sturgeon said: "We are now just three weeks away from what will be one of the most important global gatherings of the 21st century.

"Cop26 is our best and possibly last chance to achieve what is required to deliver the goals of the Paris Agreement and safeguard our planet.

"The world must move from promises to action, and mobilise the ambition, finance, resources and joint working needed to deliver on the Paris Agreement goals. Scotland will play its full part in meeting those goals.

"Ahead of Cop26, Scotland is delivering on our promise to end our contribution to climate change within a generation, putting a just transition and wellbeing at the centre whilst taking the big and difficult decisions that will create a net zero, climate-resilient and fairer future."

With around 30,000 delegates expected to attend Cop26 in Glasgow, there is concern over an accommodation shortage for guests to the summit.

The Scottish Government is appealing to families in the host city to open their homes to guests as the event fast approaches.

Nearly 700 households have already signed up to the Cop26 Homestay Network, which is operated by the third sector.

But the Scottish Government has renewed calls for local residents to open their doors, particularly to those reliant on free or low-cost accommodation.

Accommodation near the SEC, where the conference will run from October 31 until November 12, is in very high demand.

There is concern the soaring prices will be an added barrier, on top of vaccines and visas, for some people hoping to attend the conference, but who cannot afford the cost.

Scottish Greens minister Patrick Harvie said those who might struggle to afford the visit are likely to be the people who are least responsible for the climate crisis, yet most severely affected by it.

He insisted their voices must be included in Cop26.

Harvie said: "We know that the impacts of climate change are not felt equally.

"In fact, those countries and people least responsible for the climate crisis are the ones most severely affected by it.

"It is vital that the voices of those most affected by the climate crisis are heard and acted upon.

"That's why the Scottish Government has sponsored dialogues with colleagues from the global south and is promoting the voices of children and young people throughout Cop26.

"And that's why we need people to be able to attend who might otherwise struggle."