NICOLA Sturgeon will “convene and personally chair” a summit to address anti-abortion protests in Scotland and the rolling back of abortion rights around the world.

The First Minister pledged to hold the emergency roundtable at FMQs on Thursday in response to a question from Labour MSP Monica Lennon.

Lennon’s question came in the wake of protests outside abortion clinics in Scotland which saw women looking to access services experience “harassment or intimidation”.

Proposals of “buffer zones” would create areas around abortion clinics where such protests would be prohibited. However, concerns exist about limiting people’s right to demonstrate.

Speaking at Holyrood, Sturgeon said: “Women have the right to access abortion without fear or intimidation. To that end, let me say again to anyone wanting to protest against abortion: do it outside parliament.

Nicola Sturgeon makes plea to those protesting abortion to do so outside Parliament - 'Protesting outside clinics targets women not lawmakers' pic.twitter.com/u1HfTRuRbt

“Protesting outside hospitals or sexual health clinics targets women, not lawmakers, and it causes stress and anxiety to those accessing healthcare that in my view is deeply wrong.

“I strongly support the introduction of buffer zones and the Government is actively considering how this parliament can legislate in a way that is effective and also capable of withstanding legal challenge.”

The First Minister said that attention was being paid to a court case referred to the UK Supreme Court around a similar law recently passed in Northern Ireland.

She said the Scottish Government would “support any local authority that is willing to use bylaws to establish buffer zones”, adding: “I am very happy to convene and indeed I will personally chair a roundtable to discuss buffer zones and any other matters that need to be addressed to ensure safe and timely access to abortion services in Scotland.”

John Mason, the SNP MSP for Shettleston, asked if the 24-week general limit on abortions would be under review, saying he believed “science and medicine have moved on” since that limit was introduced.

The First Minister said that it would not be on the agenda, and that she did not support a reduction in the time limit for abortions.

Gillian Mackay (above), the Green MSP who is looking to consult on a members’ bill on the issue of buffer zones for protests at abortion clinics, then raised the issue of a protest outside the Sandyford clinic in Glasgow on Wednesday.

She said: “Not only do these protests intimidate many of the people who use these services, clinicians have contacted me to see it also forced the clinic to close particular rooms on one side of the building.”

Mackay added after FMQs: “My buffer zones members’ bill will restrict protest outside healthcare settings. It is time we ensured that everyone who needs to access abortion services can do so free from intimidation and harassment.”

Speaking in the chamber, Sturgeon said: “I will appeal again to those who want to protest, and let me underline this, it is a right in a democracy to protest, I am not questioning that in any way shape or form, but the place to protest is where the laws are made. The people to protest to are us, parliamentarians, lawmakers.

“Allow people to exercise the right to access health care, as we all of us have a right to do, without any fear and intimidation.”

It comes as Women’s Health Minister Maree Todd confirmed that early medical abortions will be able to continue at home, where it is judged clinically appropriate.

During the pandemic, women have been able to take both sets of pills required for an early medical abortion at home (EMAH).

“As with all treatment in the NHS, we will continue to monitor its outcomes and any findings of the ongoing expert evaluation being carried out by health professionals and researchers.” 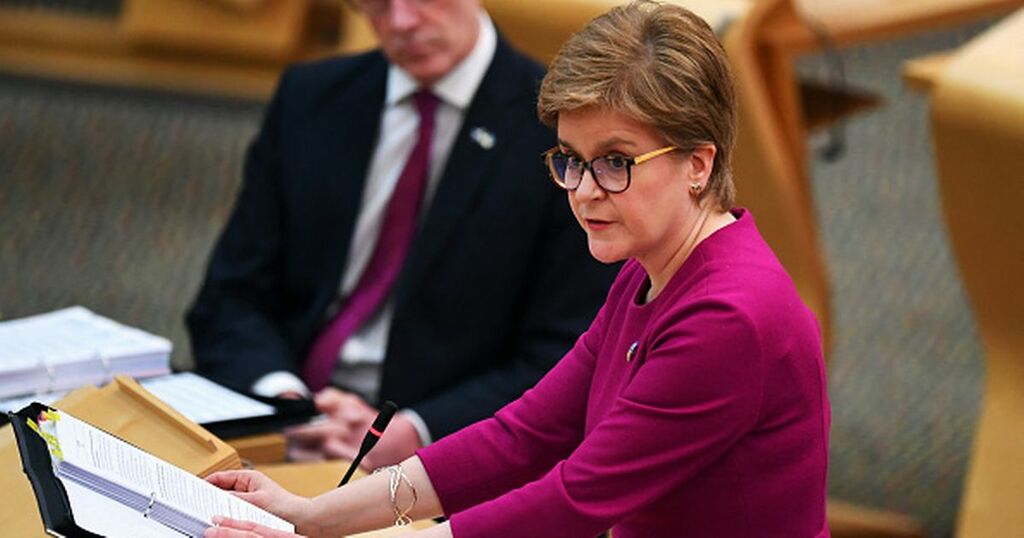 REPORTS on social media of anti-abortion protesters demonstrating outside a sexual health clinic in Glasgow have emerged.