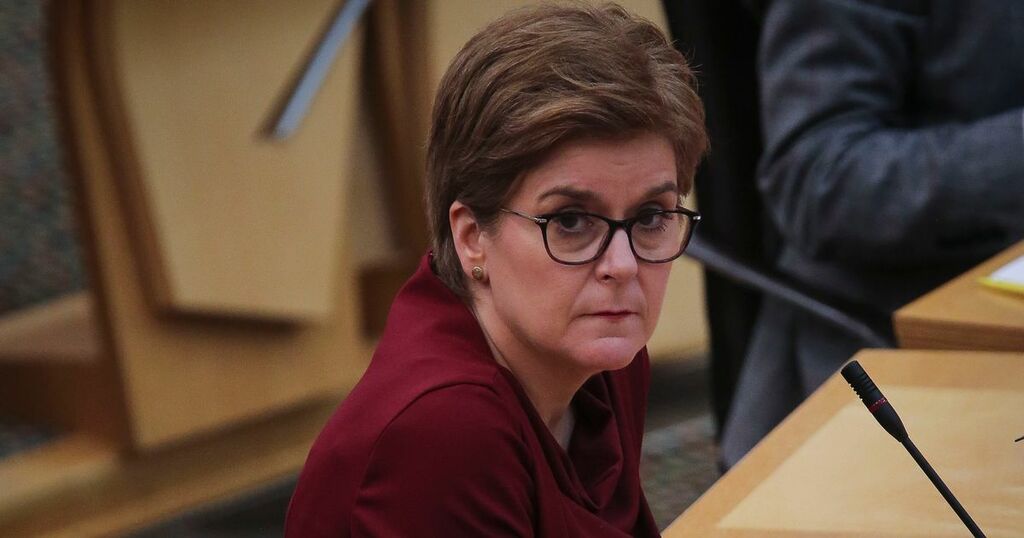 Scotland’s First Minister shared a new video on Twitter from The Don’t Be That Guy campaign and asked all men to watch the film and encourage their sons, fathers, brothers and friends to do the same.

The powerful video shows a number of young men talking through examples of male harassment and sexual entitlement towards women.

The voices take turns to then say that “most men don’t look in the mirror and see a problem” but that it’s “staring us right in the face.”

The short film then silently switches between the faces of all those who have spoken before one man says: “Sexual violence begins long before you think it does.”

In a tweet published on Wednesday, Ms Sturgeon highlighted this key quote from the video and wrote: “This new campaign from @PoliceScotland is powerful and important.

“I’d ask all men to watch this film - and then encourage your sons, fathers, brothers and friends to do likewise. @ThatGuyScotland ”

The campaign website also has a video of a former police officer and expert in tackling men's violence, Graham Goulden, talking about the causes of men's violence and what men can do to stop it.

The new campaign comes in the wake of recent high profile murders of young women in the UK who were simply going about their daily lives.

Earlier this month, Police Scotland introduced a lone officer verification check in the wake of the Sarah Everard murder.

Sarah’s killer Wayne Couzens was himself a serving Met Police Officer and falsely arrested Sarah before raping and killing her, then burning her body in woodland. He was sentenced to life in prison last month.

Police Scotland say the introduction of a new system will allow worried members of the public to check with the control room and verify if a police officer approaching them is a real cop.

The new process, introduced on October 2, will allow for the officer's personal radio to be put on loudspeaker and for an officer or member of police staff in a police control room to confirm that the officer is who they say they are, that they are on duty and the reason the officer is speaking to the member of the public.

The control room will then create an incident number which can be displayed on the officer’s mobile phone or radio to confirm the broadcast message details.

The new system will also allow for off-duty officers to be recognised.