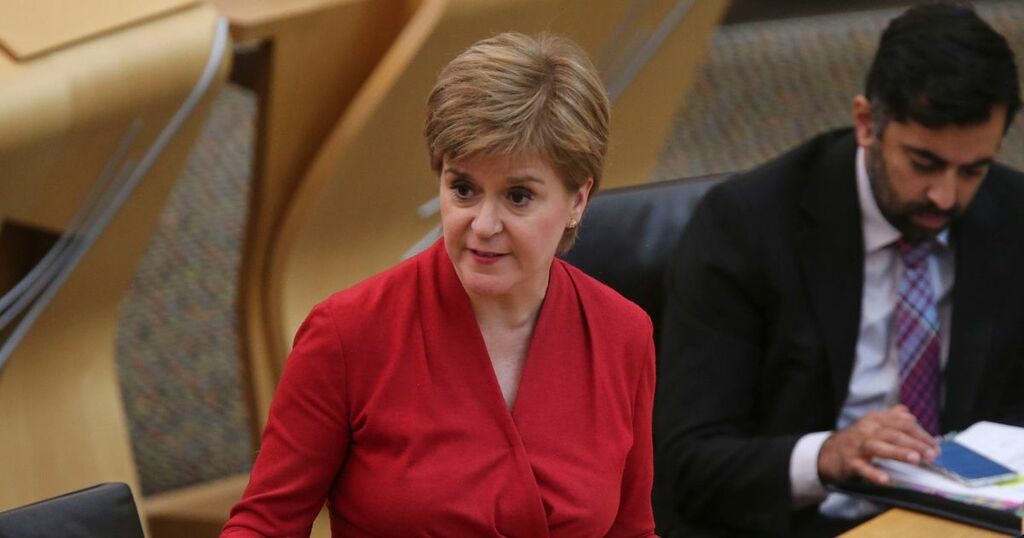 Nicola Sturgeon has said the current covid spike across Scotland was "slowing down" despite the number of Scots requiring hospital treatment jumping by 50% in the last week.

The First Minister told MSPs in a statement at Holyrood today that 75% of confirmed cases in the last week had been among people aged under 45, as she made a fresh plea for younger Scots to get vaccinated as soon as possible.

The SNP leader revealed there are currently 883 people are in hospital with covid – 78 more than yesterday - while 82 people are in intensive care, an increase of five.

Virus cases have shot up in the last month after schools reopened and the legal requirement for social distancing was scrapped - but the number of Scots requiring medical assistance as a result has remained much lower than the first two waves.

Sturgeon said the latest figures did offer some encouraging signs ahead of a vote tomorrow on whether to introduce vaccine passports for nightclubs and large sporting events.

She told MSPs: "These figures show clearly that we are still experiencing a surge in cases and a very high level of infection in the population.

"However, the latest data also gives us some early, albeit tentative at this stage, indication that the rate of increase may now be slowing down."

The average daily number of covid cases in Scotland shot up by 70 per cent in the week ending August 29, but the average number climbed by just nine per cent the following week to 6,304

The seven day average test positivity has also fallen back slightly from a peak of 13.4% on August 29 to 12.7% as of September 5.

Sturgeon continued: "The data I have just reported, showing what seems to be a slowing in the rate of increase in new cases, gives us more cause for cautious optimism than we have had for a few weeks.

"But - and I’m afraid this is the hard part - cases are still rising, week on week, and they are currently at their highest levels since the start of the pandemic.

"Of course, part of this reflects the significantly higher numbers of tests being conducted now compared to earlier stages of the pandemic - and indeed compared to other parts of the UK.

"Testing rates per head of population in Scotland recently - for both PCR and LFD tests - have been significantly higher than in England and Wales.

"However, this is reflective of the fact that - since around the time of our schools returning - our levels of infection have also been higher.

"And that is the key point. The levels of infection across the country - albeit that we may be seeing some potential and very welcome signs of stabilisation - remain far too high.

"That is why we must continue to monitor the situation very closely and be prepared - as any responsible government must be - to take any targeted and proportionate action that we consider necessary to keep the country as safe as possible."