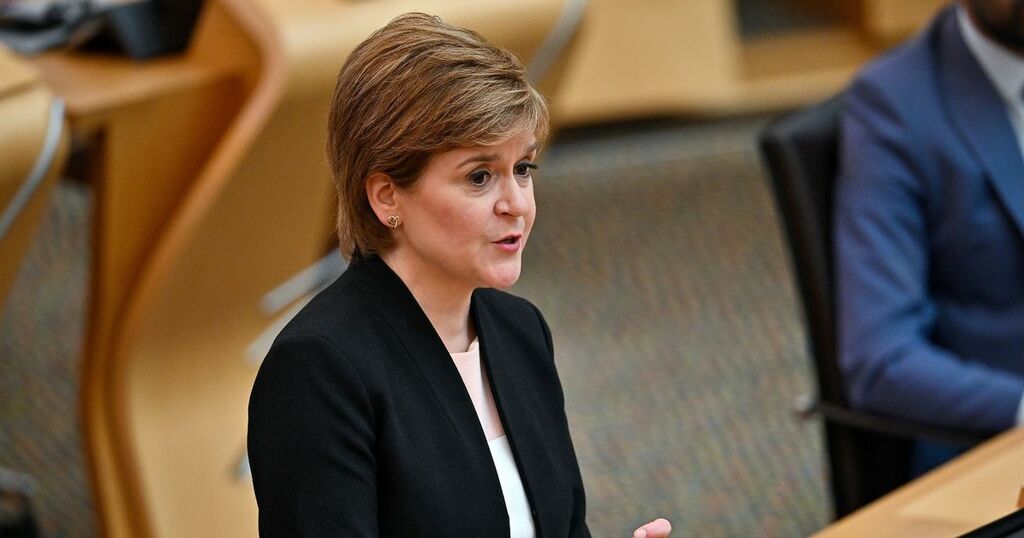 Nicola Sturgeon has insisted vaccine passports are a “reasonable response to a very difficult situation" ahead of a crunch vote on the issue.

The First Minister will on Thursday attempt to persuade MSPs to back her plans which would see Scots required to show proof of their vaccination status before they are allowed in nightclubs, gig venues, music festivals or big football matches.

The proposal is expected to pass thanks to the SNP-Greens cooperation deal agreed between the two parties last month, but both Labour and the Conservatives are expected to vote against.

Under the proposals, proof of vaccination will be needed for nightclubs as well as any unseated indoor live event with more than 500 people in the audience.

It will also needed to attend any unseated outdoor events with more than 4,000 people attending, and at any event with more than 10,000 in the crowd.

That means fans of Scotland's biggest football clubs could be barred from entering grounds unless they have been vaccinated.

Ahead of the debate, the First Minister told MSPs a paper would be published on the issue and stressed that proposals don’t go as far as other countries.

“Fundamentally, we believe that certification can help us reduce the overall harms caused by the pandemic,” she said.

“It will to help to reduce transmission in some higher risk settings, and it will maximise protection against serious illness.

“And we believe – as has been seen already in some other countries – it will help encourage take-up of the vaccine.

“It also represents a targeted way in which we can – we hope – enable certain events and venues to continue to operate, even at times when rates of Covid may be high and even rising.”

Making one of her regular covid updates to MSPs, Sturgeon also said the help of “every business and individual across the country” was required to ensure restrictions are not re-imposed.

The SNP leader admitted there was a case for cautious optimism the recent covid spike was now slowing down.

She added: “We continue to hope that we can turn the corner through continued care and caution and stringent compliance with existing mitigations and without having to re-introduce any tighter restrictions.

“But to do that – as has been the case throughout the pandemic – we need the help of every business and individual across the country.

“We need everyone to continue to stick to the basic mitigations that we know are effective in helping to slow down transmission.”

Anas Sarwar said there had been limited engagement between the Scottish Government and businesses over how the vaccine passport scheme would work.

The Scottish Labour leader added: "I would also stress, that at key moments throughout this pandemic, we have supported the government.

"This is not opposition for opposition's sake. It's about what works and what will make a meaningful difference."

He said: "So far there are no answers and no details on the SNP's plans. We wanted to look at the content of the First Minister's proposals but quite frankly here is nothing to scrutinise.

"Even the paper she has talked about mentions how they are going to finalise the proposals - rather than how the scheme will operate."

Pauline McNeill raised night-time industry fears that mandatory vaccine passports could see clubs and music venues lose up to one-third of their business.

Sturgeon responded: "There is a basic reality for all countries. We can't wave a magic wand and make covid go away. It continues to circulate and we are about to enter the winter period where it could pose significant challenges for all of us.

"The question is not how we can get away with doing nothing - it's how do we protect the country in a way that is proportionate and unrestrictive as possible.

"In terms of nightclubs, I recognise nobody wants a system of vaccine certification and nobody wants it in place for longer than is necessary.

"But the alternative to that, particularly in higher risk settings, is not doing nothing - it may well be facing a further period of closure."