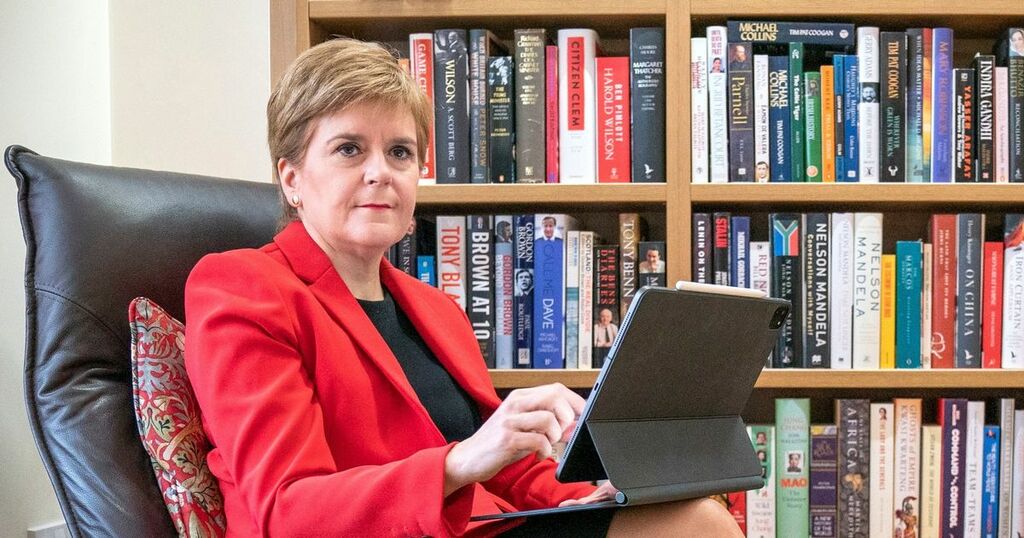 Nicola Sturgeon has called for an independence vote by 2023, insisting "it's called democracy".

In her speech to the SNP conference, the First Minister of Scotland said her party's victory in May’s election “represents an unarguable mandate” for another referendum.

"Judged by any standard of democracy, our victory in May represents an unarguable mandate to implement the manifesto we put before the country, and that is what we intend to do – it is called democracy," Ms Sturgeon said.

“During the election, we said that tackling the pandemic would come first – and it will.

“We said we would pursue the most ambitious Programme for Government ever put before the people of Scotland – we are doing exactly that.

“And we said that when the Covid crisis has passed, we would give the people of Scotland the choice of independence – and we will.”

The Scottish First Minister and SNP leader criticised Boris Johnson and his Conservative government for its stance on immigration, over Brexit, and on plans to hike National Insurance and cut Universal Credit payments.

The SNP leader said she hopes the Scottish and UK governments can reach an agreement to "allow the democratic wishes of the people of Scotland to be heard and respected".

Her comments came as Number 10 said Boris Johnson has not set a benchmark for when polling support for independence should trigger a second border poll in Scotland.

The Prime Minister's spokesman said: “We’ve never set a position on that. Our view is, as set out, that now would simply not be the time to be dealing with this.

“The public are looking to governments and leaders across the UK to lead us on dealing with this ongoing pandemic and recovering the economy.”

Ms Sturgeon also stressed that a “great national effort” is still needed to tackle the coronavirus pandemic, despite the “positive game changer” of vaccines.

She told SNP members: “The collective, national effort over these past months has been nothing short of extraordinary.

“I am acutely aware of the sacrifices people have made and the hardships many are still enduring."

Scotland is seeing its highest level of Covid infection since estimates began.

The latest estimates from the Office for National Statistics (ONS) show that around one in 45 people in Scotland had Covid-19 in the week to September 3, up from one in 75 the previous week.