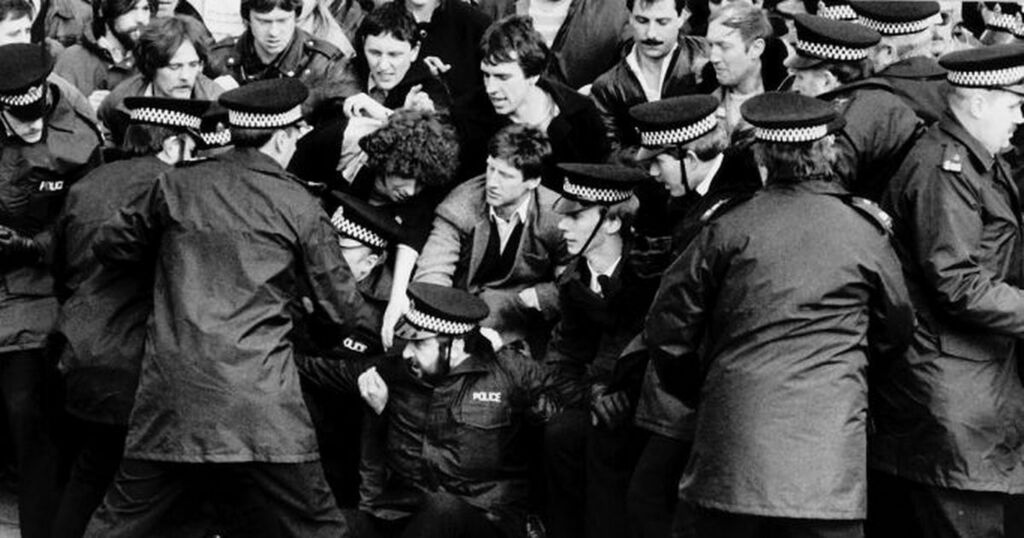 Nicola Sturgeon has confirmed that miners convicted of certain offences in Scotland during the bitter 1984-85 strike action will be pardoned.

The First Minister told MSPs the pardon - which has been championed by the Record - would bring closure to workers involved, their families and former pit communities.

Sturgeon made the announcement while laying out her government's priorities for the year ahead.

The SNP leader said: "Last, but by no means least, we will introduce the Miners’ Pardon Bill to provide a collective pardon for those convicted of certain offences during the 1984/85 miners’ strike.

"I hope this will bring closure to those convicted, their families, and the communities affected."

The Record reported last month how a Scottish Government consultation has found overwhelming support for miners to be pardoned of criminal convictions relating to the bitter strike in the 1980s.

Nearly 90% of respondents agreed breach of peace convictions should be wiped out and a similar amount backed the same move for breach of bail.

The strike pitted the miners’ union against Thatcher ’s government in 1984/85 and ended with victory for the Tory Government.

However, miners complained bitterly at the time at the behaviour of the police, including taunts and false arrests.

An independent review by John Scott QC backed pardons and the matter was put out for consultation.

As well as showing huge support for pardons for specific offences like breach of the peace, 78% of respondents backed it in cases where a miner had multiple convictions relating to the strike.

Over two thirds also agreed that miners who had been convicted of an offence before the strike began should be pardoned for offences committed during the industrial action.

In addition, 88% agreed with pardons for miners whose conviction relating to the strike resulted in a non-custodial sentence such as a fine or a community service order.

The analysis was based on 366 submissions and the Scottish Government is now expected to legislate for a pardon scheme.

Long time campaigner and former Labour MSP Neil Findlay said last month: “This is great news and something I and many, many others have long campaigned for.

"There is clear and overwhelming support for a full pardon for all who were unfairly convicted during the strike. I now look forward to the Scottish parliament passing the necessary legislation at the earliest opportunity.”