Nicola Sturgeon has announced a second referendum on Scottish independence will take place on October 19 next year - but only if judges declare it to be legal.

The First Minister told MSPs her party would fight the next general election on the single issue of ending the Union if the UK Supreme Court blocked her plans.

The SNP leader insisted that any vote on independence must be able to withstand a legal challenge and ruled out holding a so-called wildcat referendum.

The Lord Advocate - Scotland's top law officer - has agreed to refer the case to the Supreme Court.

The First Minister said she hoped judges would be able to "deliver clarity and legal certainty in a timely manner" instead of having a drawn out process.

The SNP leader insisted she was ready to negotiate a Section 30 order with Westminster but added she could not allow Scottish democracy to become "a prisoner" of Boris Johnson.

Opposition MSPs told Sturgeon to stop putting the “priorities of Scots on the backburner” with the independence “obsession”.

She told MSPs: "What I am not willing to do - what I will never do - is allow Scottish democracy to be a prisoner of Boris Johnson or any Prime Minister.

"The issue of independence cannot be suppressed. It must be resolved democratically.

"And that must be through a process that is above reproach and commands confidence.

"That is why I am setting out today the actions the Scottish Government and the Lord Advocate will take, in the absence of a section 30 order, to secure Scotland’s right to choose.

"My determination is to secure a process that allows the people of Scotland - whether yes, no, or yet to be decided - to express their views in a legal, constitutional referendum, so that the majority view can be established fairly and democratically."

She added: "If it does transpire that there is no lawful way for this parliament to give the people of Scotland the choice of independence in a referendum, and if the UK government continues to deny a Section 30 order, my party will fight the UK general election on this single question: should Scotland be an independent country?"

Sturgeon insisted the Scottish Government would "make the positive case for independence" and would "do so with commitment, confidence and passion" in the coming months.

She said: "Let the opposition if they can make the case for continued Westminster rule and then let the people decide."

A Downing Street spokesman said Boris Johnson continued to believe now is "not the time to be talking about" a second referendum on Scottish Independence.

They said: “Our position remains unchanged that both ours and the Scottish Government’s priority should be working together with a relentless focus on the issues that we know matter to people up and down the country.

"That remains our priority, but a decision has been taken by the First Minister, so we will carefully study the details of the proposal, and the Supreme Court will now consider whether to accept the Scottish Government’s Lord Advocate referral"

Asked whether the Prime Minister would open negotiations for independence in Scotland if Scots vote for it in a referendum in October 2023, the official said: “We’re obviously not going to get into hypotheticals”.

Anas Sarwar insisted it was wrong to be launching an independence campaign as the Covid-19 pandemic was still causing people to lose their lives.

"It’s important to recognise the context of the election campaign last year.

"We were still a country living under Covid restrictions. Over 10,000 of our fellow citizens had lost their lives.

"Nicola Sturgeon said during that campaign that people who didn’t support a referendum or independence through the recovery should vote for her safe in the knowledge that that would be her priority.

"Covid hasn’t gone away and our recovery hasn’t even started.

He added: "The pandemic Nicola that said she wanted pull us through is gone, and the partisan Nicola Sturgeon, that wants to divide our country, is back – pursuing a referendum that two thirds of Scots don’t want now.

"Worse still, isn’t she using the thank you she was given, and the promise she made to lead us through the recovery, to instead pit Scot against Scot and focus on her priority, her obsession, her purpose."

Scottish Lib Dem leader Alex Cole-Hamilton asked Sturgeon why her “fixation with breaking up the United Kingdom will always trump the needs of the people in the country”. 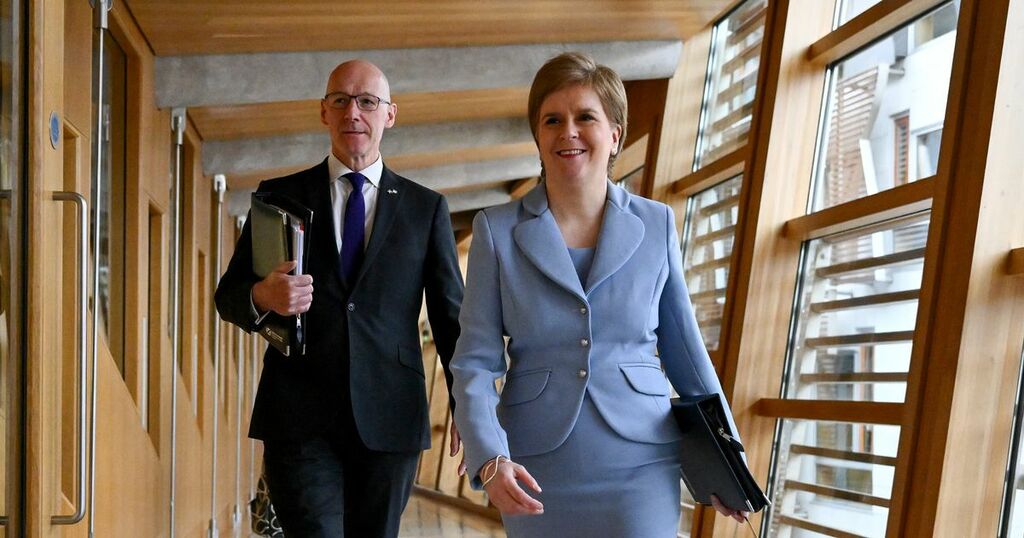 Nicola Sturgeon has announced plans for a second Scottish independence referendum on October 19 2023, despite political opponents calling it…