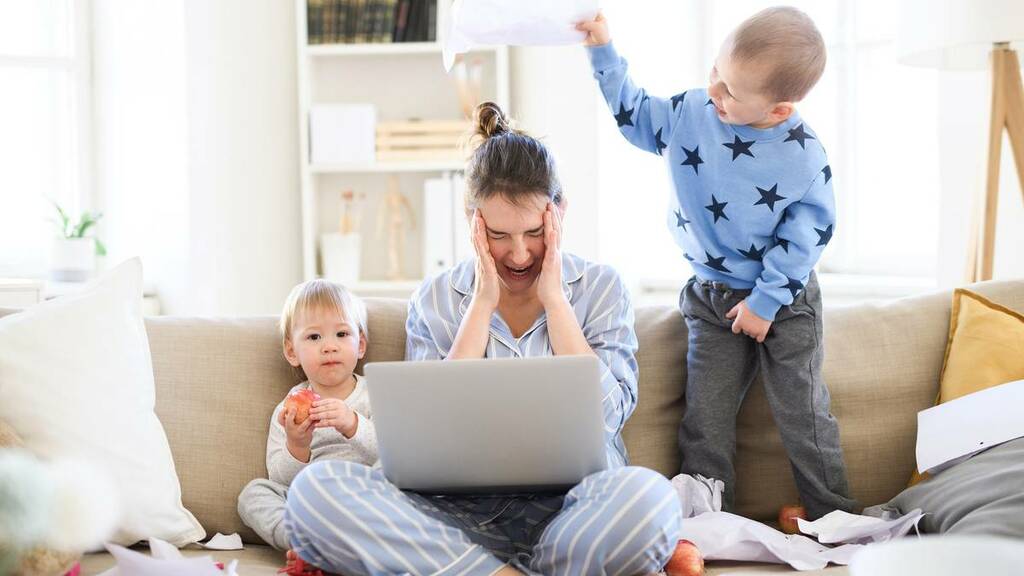 You know those Instagram bios, "mother, son, father, friend, daughter, sister, wife, aunty, earth lover", basically every noun they can think of? I have another word to add. Hypocrite.

I have many faults, but if there is something I try not to be, it's a hypocrite. It's why I can't stand watching any piece of political news, I steer clear of current affairs shows and these days, when I have little energy to invest and would prefer watching a re-run of The Mindy Project, I can't engage too deeply with what's happening in the world. Texas, Afghanistan, New Zealand. I can't deal.

As much as I deplore it, after some weeks of having our daughter home and being a more active parent than when it's holiday time and literally anything goes, I worry that I've succumbed to hypocrisy's sticky fingers. I lay this blame firmly at the feet of parenting.

Parents are caught between being the people we are, the people we think we should be and the people we want our children to be. This tricky behavioural three-way lands us in all manner of trouble, especially once our children graduate from holding us in complete adoration and agreeing to every request we make, to creatures who can hold us accountable.

Google tells me that, "at the root of hypocrisy are fear and low self-esteem". Do we not like aspects of ourselves, so we try not to pass those on to our children? It also states "we use hypocrisy to avoid looking at our shortcomings and figure out our part in it". Human nature is such that most of the time we are too lazy to change our own behaviours, so we employ all kinds of 'do as I say not as I do' language.

Engrossed in her iPad last night, my daughter started hollering about hearing the B-word on the programme we adults were watching, this time at least it wasn't Naked Attraction. Turns out it was actually the S-word, one we have discussed is bad and we'd prefer not to be used: shut up. After she came home from a playdate a few years ago and told Daddy to shut up, we had a talk about why that's not a very nice thing to say. You'd think from this that we have spent the past few years tidying up our own language, but we, or should I say I, haven't. I'm very likely to use the real S-word in traffic or drop F-bombs at will. You see, too lazy.

We tell her it's bedtime and that she has a big day at school, so she needs her sleep but Dad's watching another movie, I'm reading the Harry Potter series for the fourth time at midnight and my eyeballs are hanging out the following day. Only Lindt 85 per cent will help. We tell her she doesn't need dessert and as soon as she's engrossed with Barbie's camper, my husband reaches for an ice block and I for a sneaky spoonful of Nutella, hidden of course behind a large box of Maldon sea salt in the pantry. I have turned into my mother.

The problem with parenting is that we are all learning as we go. There is more grey area than black and white, and there is no one-approach-fits-all system. One thing most of us can agree on though, is that we want to support our children to be the best versions of themselves. And if we have to fudge it a little to help them along, then I'm sure they will do the same one day too.