Nicki Minaj: rarely a dull moment for the outspoken rapper 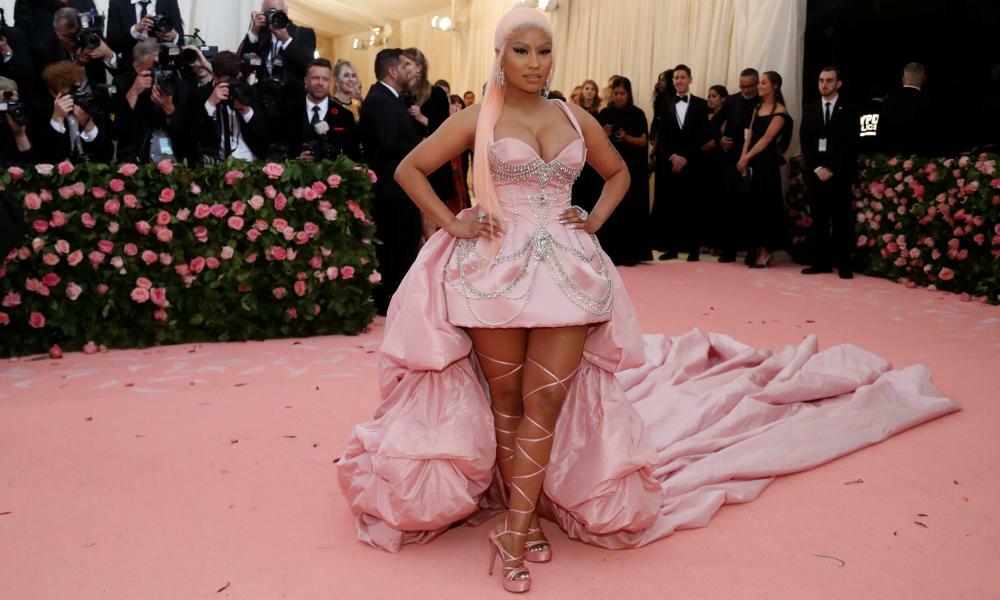 There’s rarely a dull moment in the world of Nicki Minaj.

This week there was outrage after the 38-year-old rapper confirmed she wouldn’t attend the Met Gala, an event where her appearance alone generates headlines, because of the organisers’ insistence on attenders being vaccinated against Covid-19. Minaj tweeted to her 22 million followers that her Trinidadian cousin’s friend had become impotent after being vaccinated and she was reluctant to take it until they have “done enough research”.

While her modus operandi has always been to confront, sharing unverified scare stories linking a vaccine for a disease that has killed over a million people and swollen testicles was a new approach for the Queens rapper.

On Twitter, Minaj often engages directly with her fanbase (known as Barbz), but this particular tweet reached far beyond her usual audience and all the way into the Number 10 press briefing room.

When asked about her comments, England’s chief medical officer Chris Whitty said people who spread misinformation about the vaccines should be “ashamed”. “There are a number of myths that fly around … some of which are just clearly ridiculous and some of which are clearly designed just to scare. That happens to be one of them. That is untrue,” Whitty said during Tuesday’s Downing Street press conference.

To those who aren’t acquainted to the world of Minaj her comments will have shocked, but those who are au fait with her frenetic, stream-of-consciousness Twitter feed and approach to life, it is just the latest time Minaj has courted controversy.

Since emerging under the mentorship of Lil Wayne at the turn of the last decade, Minaj has become a permanent, unavoidable presence in music and entertainment. First, she turned heads with her breakneck rapping, such as her guest verse on Kanye West’s Monster, which eclipsed everyone else on the track, including West. She has won dozens of awards, including a Brit for video of the year in 2019 plus BET and MTV Awards, while her album Pink Friday sold well over 1m copies worldwide.

Then the over-the-top public persona of Minaj began to take over – where a more brash, confrontational version of the rapper started to overshadow her music. Despite the shift in tone Minaj’s most fierce fans were Barbz, described as “little girls who still play with Barbies and wear long pink dresses in homage to her”.

Born Onika Tanya Maraj in Trinidad, Minaj moved with her parents to Queens, New York aged five. There she began singing, rapping and inventing characters in her bedroom that would eventually become part of the Minaj arsenal.

In 2012, the Guardian described her as having “a body like Marilyn and a mouth like Eminem”, and her breakthrough ushered a rise in similarly pitched rappers, who looked a bit like Minaj but could rarely match her lyrical dexterity or ability to dominate the news cycle.

She’s been described as “manic”, and time seems to move faster in the Minaj universe. She can get in an argument, move on, come back to it by creating a parody response and then up the stakes by posting again before most people have even read the thing that initiated the dispute. Her voice note to Boris Johnson, where she put on a British accent and made light of the fact the prime minister had derided her Covid-19 comments, was a classic Minaj move, using humour to disarm.

But the star can also hold a grudge, and has a history of making bad decisions. She’s had protracted beefs with Remy Ma, Lil Kim and – most famously – fellow New Yorker Cardi B. She’s also been criticised for initially agreeing to play concerts in Saudi Arabia and Angola: countries with terrible human rights records.

But Minaj’s lyricism and skills in the studio have made her far more than just an opinionated pop star with a platform. The rapper has used her fame to address issues that many established artists have veered away from.

In 2015, when asked by Billboard about incarceration of black people in the US prison system, she referred to it as another form of “slavery”. “When I see how many people are in jail, I feel like: ‘Wait a minute. Our government is aware of these statistics and thinks it’s OK?’ The sentences are inhumane,” she said. In the same year she recited Maya Angelou’s 1978 poem Still I Rise at a concert to highlight race problems in the US, and got into a feud with Miley Cyrus by confronting her at the MTV Awards after Cyrus was quoted criticising Minaj.

She also paid a student’s university tuition after he tweeted her in 2017 asking for assistance. Ultimately, she pledged more than $30,000 in one evening after more students, who were asked to prove their good grades, were offered financial support by her.

She has pointed out that some of what she’s said has been taken out of context and that male stars who have posted about vaccine scepticism have been treated differently. But the world and Minaj are learning that when she tweets or picks up a microphone, people listen, and in a global pandemic that could worsen in the coming months, that has consequences.

“I feel it’s like one big theatre piece,” she said of her Minaj character in 2012. “It’s a show.” This week it’s the one everyone has been watching.