Nicki Minaj hits out at Piers Morgan as he criticises vaccine tweets: ‘Stupid piece of s***’ 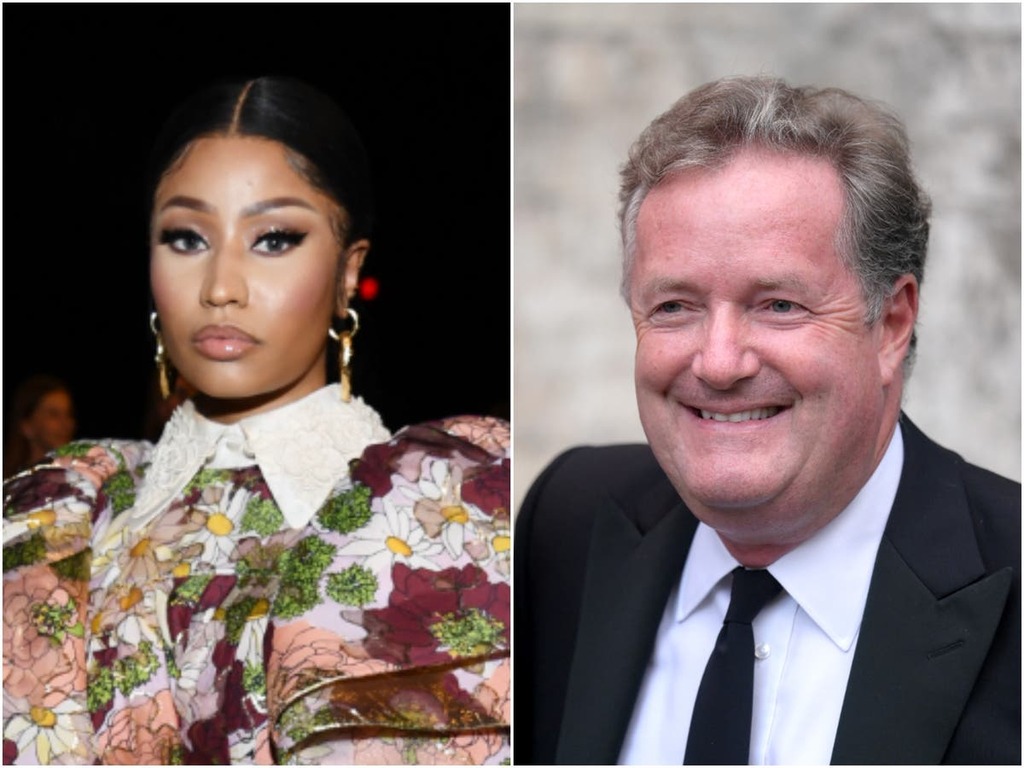 Nicki Minaj has called Piers Morgan “ugly”, a “clown” and a “stupid piece of s***” after he accused of her of “peddling lies” with her Covid-19 tweets.

The rapper caused controversy on Monday (13 September) after claiming that her cousin’s friend had been made impotent by the coronavirus vaccine after his testicles became “swollen”.

The baseless tweet was criticised by Chris Whitty and Boris Johnson during Tuesday’s (14 September) Covid-19 press conference, with Whitty saying that Minaj should have been “ashamed” of sharing misinformation to her large following.

Morgan tweeted: “Professor Whitty beefing with the ghastly @NICKIMINAJ (one of the rudest little madams I’ve ever met) is not the breaking news that I expected today – but it’s most welcome,” Morgan wrote, adding that Minaj was “peddling lies that will cost lives”.

In response, Minaj wrote back: “Sir I’ve never met you. I know… we all look alike. ‘Rudest little madam’. I like it. Has a special ring to it. Thanks Pierce [sic]. Love the accent. I’d love to come chat. Scones. Tea. Clown nose & big red shoes for you. Lmk babe.”

She also changed her Twitter bio to “Rudest little madam” with a Union Jack emoji.

Morgan then claimed that the pair had met when he was a judge on America’s Got Talent, and that she had turned down a photo with his three children.

Minaj disputed this, writing: “Stop f***ng lying. I never turn [sic] down pics with kids. If a middle person told you that, they were out of line. don’t blame me you stupid piece of s***.”

She then added: “He gon make me go live. Chiiiiileeee. Does he have an ig. I wanna go live with him. ENOUGH UGLY!”

However, she ended the tweet by tagging the Twitter user @pierce rather than the former Good Morning Britain host, leaving Protocol editor David Pierce somewhat confused.

“Oops sir,” Minaj responded to Pierce after realising her mistake.