Nick Saban Prepping Alabama for Its Next Football Evolution

You can split Nick Saban’s six national championships with Alabama into two parts. The first chapter is best represented by the Tide’s stomping of Notre Dame in the 2012 title game. Until then, Alabama didn’t so much beat you as it sat on your chest until the clock ran out.

The game plan was simple: Use a suffocating defense and a punishing run game to flatten the opponent, and the Tide were the biggest and best at it. But Saban recognized the start of a shift in the sport. Up-tempo offenses were beginning to give his team fits, and the coach wondered, “Is this [up-tempo style] what we want football to be?”

Nonetheless, he realized his program would have to pivot. After being in the title conversation for two years but not winning the crown, Saban’s Tide were back on top after the 2015 season. He was equipped with an offensive force that was beginning to perfect the up-tempo, run-pass-option momentum that had captured the rest of the sport, with Lane Kiffin as offensive coordinator and QB Jalen Hurts taking over for Blake Barnett in the ’16 opener.

The zenith of Saban’s second chapter came in 2020, when the Tide broke the school record for yards per game by 20 with 541.6, and Mac Jones became only the second SEC quarterback at the time to throw for 4,500 yards (one season after Joe Burrow first reached the mark for LSU). Does the 70-year-old Saban have another gear? Does he even need one?

This is the whole point of Saban’s id—to not let success beget complacency, his mortal enemy. Consider the Tide’s 2021 season. On the surface it was the same old Alabama. Quarterback Bryce Young won the Heisman Trophy, and the team reached the national championship game. Alabama was driving to potentially tie Georgia in the late stages before a last-minute pick-six, but this team was far from the juggernaut that won in ’20. It lost a regular-season game and won unconvincingly multiple times and even entered two games as an underdog, snapping a 92-game streak of kicking off as a favorite.

The offensive line struggled for nearly the entire regular season, while the defense didn’t have a killer instinct. Is this holding the Crimson Tide to a hilariously high standard? Yes. But Alabama is the standard, so where does it go next? One answer may come off the field. Saban’s recent spat with Texas A&M coach Jimbo Fisher was fueled by what many viewed as a threat. In front of business leaders in nearby Birmingham, Saban lamented that A&M had “bought every player,” a nod to the rumored role of recruiting inducements beyond normal name, image and likeness compensation to boost the program to a No. 1 recruiting class in 2022 (Alabama finished second).

Saban’s comments were taken as a kick in the shins to do more to ensure the Tide’s NIL infrastructure can compete with the biggest spenders in the sport moving forward. Alabama’s ’22 recruiting class currently resides within the top three, but it does not mean Saban is satisfied it will in perpetuity. So the Tide has again dipped into the portal to grab some of its best players—mostly from the SEC—to help Young.

Offensive line coach Eric Wolford comes in from Kentucky, where he spent one year building upon the Wildcats’ recent trend as one of the best units in the country. He’ll be tasked with revamping a line likely anchored by former Vanderbilt tackle Tyler Steen, one of three transfers who will have huge impacts on offense, in addition to wide receiver Jermaine Burton (Georgia) and running back Jahmyr Gibbs (Georgia Tech). Will Anderson Jr., perhaps college football’s best overall player, will lead the defense this season.

The outside linebacker represents the one thing Saban’s lineup has lacked during his tenure—a bona fide, pin-the-ears-back edge rusher. Alabama’s best linemen tend to be on the interior. If Anderson has the season many are projecting, next April he will become by far the highest-drafted edge rusher Saban’s Tide has produced. If the offensive line is back to road-grading for Gibbs and can take some pressure off Young, Alabama may be able to throw it back to something resembling the way Saban would rather play.

The coach isn’t thrilled with how the sport has trended; he was just pragmatic enough to know the way the game was going and steered the Tide into it better than anyone else. Looking at how each of the other CFP entrants last season—especially Georgia—structured their teams shows that being defense-first can still keep you at the forefront of a national title push in the supercharged run-pass-option era. 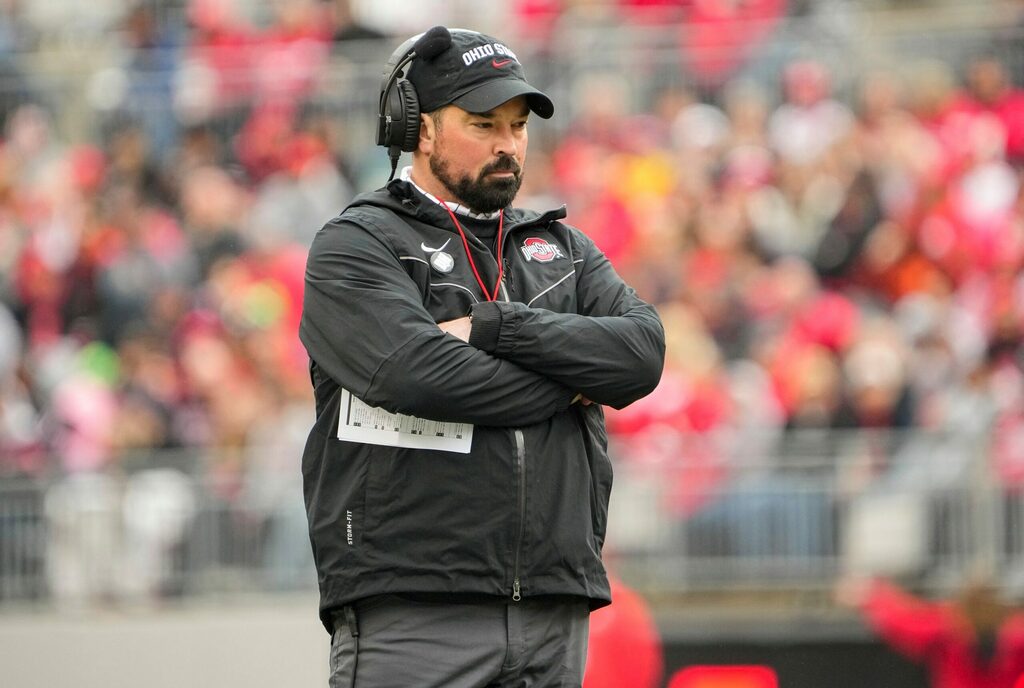 USA Today Sports Media Group
From analysis to the latest developments in health, read the most diverse news in one place.
Georgia places seven players on ESPN’s top-100 for 2022

A refresher on some of the major college football coaching changes ahead of the 2022 season.

Do you agree with CFB analyst Joel Klatt's top 10?