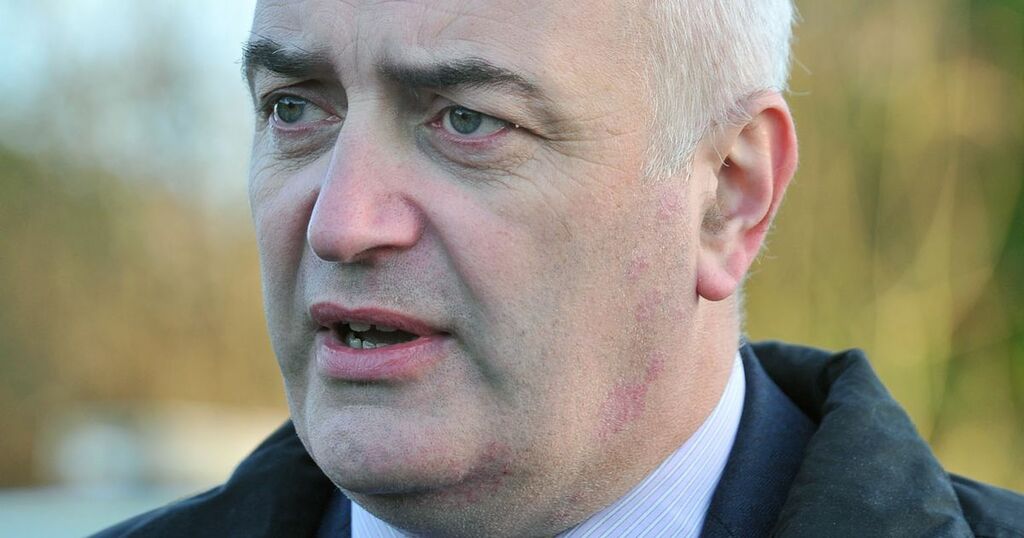 A Stormont watchdog did not request files on a DUP MLA's controversial planning lobbying business - despite him referring himself for investigation.

Trevor Clarke had asked the Assembly standards commissioner to examine concerns raised in media reports about his consultancy firm representing applicants in the planning process.

The South Antrim MLA denied his links with Versatile Consultancy breached the MLA code of conduct, which prohibits paid advocacy.

Standards commissioner Dr Melissa McCullough ended her investigations in May, telling MLAs that Mr Clarke's self-referral had been "encompassed within" her conclusion to a separate complaint.

However, two councils which hold the files for planning applications represented by Versatile told Belfast Live they received no requests from the watchdog to view the documents.

TUV leader Jim Allister said it was "bizarre" that the local authorities were not contacted.

"Surely this would have been a starting point yet the investigation has concluded without this avenue being explored," he added.

"Having referred a number of Sinn Féin MLAs to the commissioner as a result of the Bobby Storey funeral and received a reply which avoided key issues I am not that terribly surprised but this whole affair will do nothing for public confidence in the standards commissioner or politics generally."

Green Party MLA Rachel Woods said any complaints against an Assembly member "should be thoroughly investigated".

She said there is "already a lack of public confidence in our planning system", adding: "We must do more to ensure that the system is open and transparent and delivers for the public."

Mr Clarke had faced calls to "consider his position" after details emerged in 2019 about his consultancy business, from which he was earning thousands of pounds.

Versatile had acted as the agent for several planning applications in the Antrim area.

Council files showed Mr Clarke and some of his MLA constituency office staff sent correspondence about the applications to planning officials.

When one application came before a council planning committee, Mr Clarke attended and spoke in its favour.

Sir Alistair Graham, the former head of a UK public standards watchdog, had said it appeared to be a "major conflict of interest".

In August 2019, Mr Clarke wrote to the Assembly standards commissioner's office "to draw your attention to certain media reports which have been questioning my business interests".

In the letter seen by Belfast Live, he wrote: "I am conscious that it has been suggested that my role with this company somehow offends against the code of conduct which I entirely refute.

"However, through an abundance of caution, I am notifying your office that these allegations are in circulation so that you may consider the position."

A separate complaint was made around this time by a constituent who claimed Mr Clarke had not disclosed his involvement in Versatile in relation to a specific planning application.

In May this year, the commissioner wrote to the Assembly's standards and privileges committee concluding her examination of the constituent's complaint.

She advised the committee the complaint could be resolved via a so-called "rectification" process, which later resulted in Mr Clarke issuing a written apology.

On Mr Clarke's self-referral, Dr McCullough added that "it is encompassed within my consideration of this complaint".

Her two-page letter does not make any reference to matters raised in media reports about Mr Clarke's representations on behalf of Versatile clients.

Two councils which hold the planning files relevant to Versatile, which has since ceased to operate, said they had not received any request from the commissioner's office to examine the documentation.

An Antrim and Newtownabbey Borough Council spokeswoman said: "The council has not received a request for copies of the files associated with the planning applications from the office of the Assembly Commissioner for Standards."

Dr McCullough was appointed in September 2020 to the role of Assembly standards commissioner, which had remained vacant for three years during Stormont's collapse after the RHI scandal.

In a statement she said: "All admissible complaints against MLAs are investigated thoroughly, with all pertinent information taken into account."