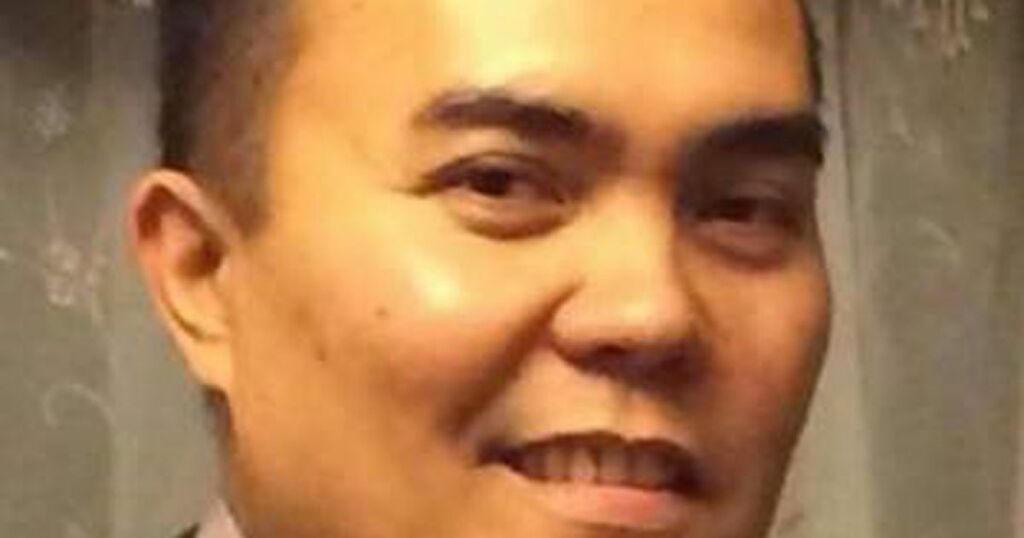 A much-loved NHS nurse who "always put patients first" likely died after being exposed to Covid at work, an inquest heard.

Rizal Manalo, 51, known as Zaldy to friends and colleagues, died less than a month after being admitted to Ysbyty Glan Clwyd hospital in Denbighshire, Wales on May 25.

After a number of weeks on ward he was transferred to intensive care where he died on June 14.

The father-of-two had worked as a nurse on Ward Five of the same hospital and at other facilities in North Wales since moving from the Philippines in August 2001.

The findings shared today pave the way for the matter to proceed to a full inquest.

It will be considered whether Mr Manalo's death was "industrial" or whether he was infected as a result of his profession, said North Wales east and central coroner Mr Gittins.

Though realms of government policy should not be investigated, enquiries will be made regarding the hospital's health board and the availability of PPE, Mr Gittins explained.

"The inquest will be adjourned while evidence is gathered," he added.

Last week, heartfelt tributes were paid to a "popular and respected" Zaldy.

His wife, Agnes, said: “Zaldy is a hard working person who loved his job dearly.

"He’s a good husband and a loving father to his children.

"He protected and cared for us.”

Karen Davies, matron for Ward Five, said: “Zaldy would always greet you with a smile in the morning and always had a story to tell.

"He was a caring and compassionate member of the team, a true gentleman.

“A colleague and family friend said that Zaldy was known as their 'kuya', an old brother within the Filipino community.

"He loved to socialise and sing, especially taking part in karaoke.

"They also said how important his job was to him as he loved his work.

“He will be greatly missed by his wife Agnes and two children, Nicole, 21 and Dylan, 16."