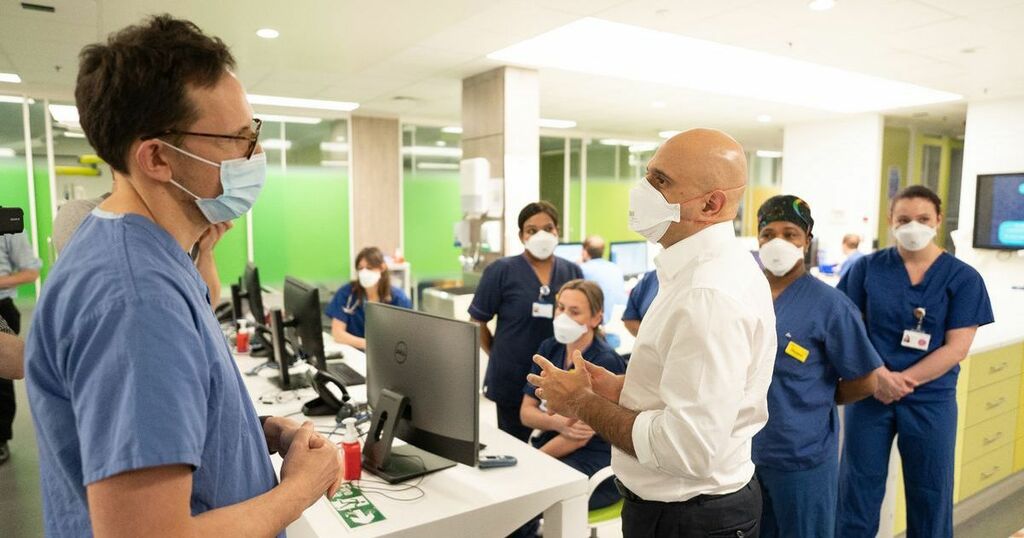 An intensive care doctor confronted Sajid Javid stating that he had not been vaccinated and did not believe that there was a need to give the jab to young people.

Consultant anaesthetist Steve James told the health secretary that he was against making it mandatory for NHS staff to be vaccinated and denied that Covid-19 was causing "very significant problems" for young people.

The medical professional was talking to Javid when he made a visit to King's College Hospital in London to get an overall view on the decision to make vaccinations compulsory for NHS workers, as reported by The Mirror.

Mr James, who has been treating patients ill with Covid in the Intensive Care Unit at the hospital since early 2020, has not received any jabs.

He said that he has had the virus which means that he will have antibodies against it and is furious about the possibility of being dismissed due to the government's decision to enforce vaccines for hospital staff.

He was against the idea of compulsory jabs and said patients in the unit had been "extremely overweight" with multiple other co-morbidities.

Mr Javid disagreed with him as he urged the public to get boosted.

"I wouldn't say he agreed with me," Mr James said. "I had the feeling he was listening."

During the visit, Javid highlighted the importance of vaccinations as he said an estimated 70 per cent of people in the unit with Covid were unvaccinated against the virus.

He also warned the NHS was facing a "rocky few weeks ahead" as hospital admissions from the Omicron variant are rising.

MPs approved mandatory vaccinations for NHS staff and those working in social care back in December.

All staff must be vaccinated by April or risk losing their jobs.

Mr James told the health secretary that the government should reconsider the rule and that one option would be to not enforce the rule on staff who have had Covid and have some antibodies.

"I have not had a vaccination, I do not want to have a vaccination. The vaccines are reducing transmission only for about eight weeks for Delta, with Omicron it's probably less," he told Sky News.

"And for that, I would be dismissed if I don't have a vaccine? The science isn't strong enough."