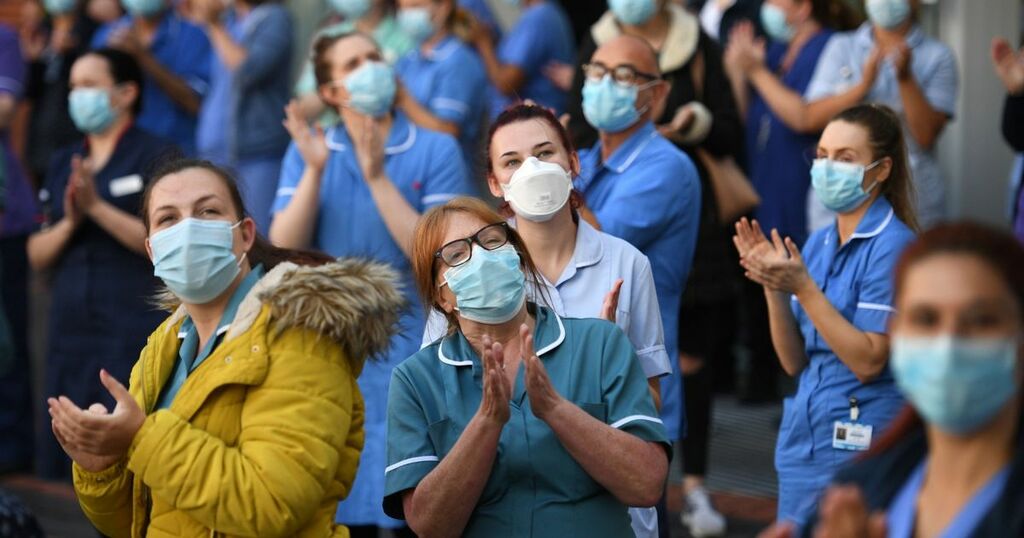 Health and care workers who refuse to be double jabbed could be shifted to back office roles, the Government has said.

Care minister Helen Whately sounded the warning after making the Covid vaccine compulsory for care home workers - and threatening to do the same in the NHS.

The Government today launched a six-week consultation on making vaccination a condition of deployment for frontline health and care workers.

It will also look at whether NHS staff should be forced to get the flu jab.

Speaking to broadcasters, Ms Whately recognised there are staff who would be medically exempt from the vaccine.

But for others she said: "You can look at whether there are alternative ways somebody could be deployed.

“Whether it's, for instance, working on 111, something like that.

"So we could look at alternative roles for individuals, these are exactly the sorts of things that we can investigate."

She went on to suggest those who will not get a Covid jab should get a different job to care work.

She said: "The reality is that one of the best ways we can protect people living in care homes is through making sure that staff are vaccinated."

And asked whether she was concerned that the vacancies in social care would increase by mandating that workers must be jabbed, she said: "The big question has to be well, if you don't want to get vaccinated, how can you continue?

“How can it be right to continue, to look after people who are really vulnerable from Covid?"

Some 92% of NHS staff have had their first dose of a coronavirus jab while 88% have had both doses.

Workers in care homes have already been told they will need to be double jabbed as a condition of deployment in England's care homes by November 11, unless they are exempt.

Speaking on BBC Breakfast, Ms Whately said some families of those living in care homes had told her they wanted staff to be vaccinated.

Asked whether unvaccinated staff should be sacked, she said they could be deployed to alternative roles, adding: "This is really difficult, but I don't know about you, I've certainly spoken to people receiving care in care homes, or the families of those in care homes, and they want their family members to be looked after by people who are doubly vaccinated.

"They want their family members to have the most possible protection against this horrible disease."

It comes as the Joint Committee on Vaccination and Immunisation (JCVI) meet today to discuss who should get booster jabs this autumn, with a final decision expected before the end of the week.

Health Secretary Sajid Javid said on Wednesday that updated JCVI advice on the issue is expected in the next few days.

Speaking on BBC Radio 4's Today programme, Professor Adam Finn, from the JCVI and the University of Bristol, said there was a need to be evidence-driven on the issue and it was "not going to be possible" to boost everyone.

"Getting the timing right is one of several things that we need to get right," he added.

"You could conceivably run into a position where you're immunising a lot of people when they don't actually need to be, and if the vaccine s do wane, then they will wane earlier than they would have done if you'd immunised them when they did need to be."