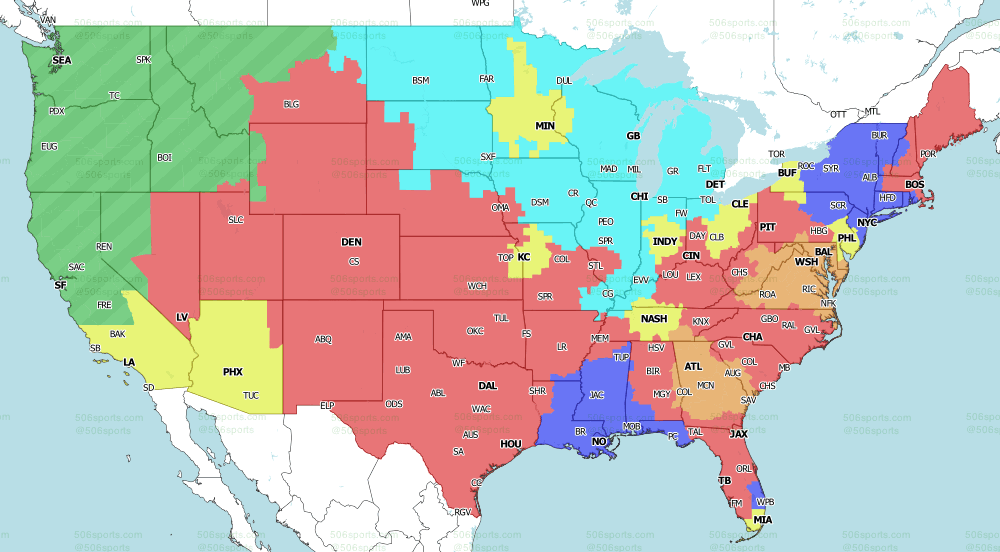 Week 5 of the NFL is underway. The entire country was able to watch the Seahawks and the Rams on Thursday night. There are three nationally televised games left.

The first is Jets-Falcons, played in London, starting at 9:30 a.m. ET on NFL Network.

But what games will air regionally in your area on Sunday for the early and the later time slots?

This week, CBS has a single game in each market, while FOX gets two. The coverage maps for this week from 506 Sports are below.