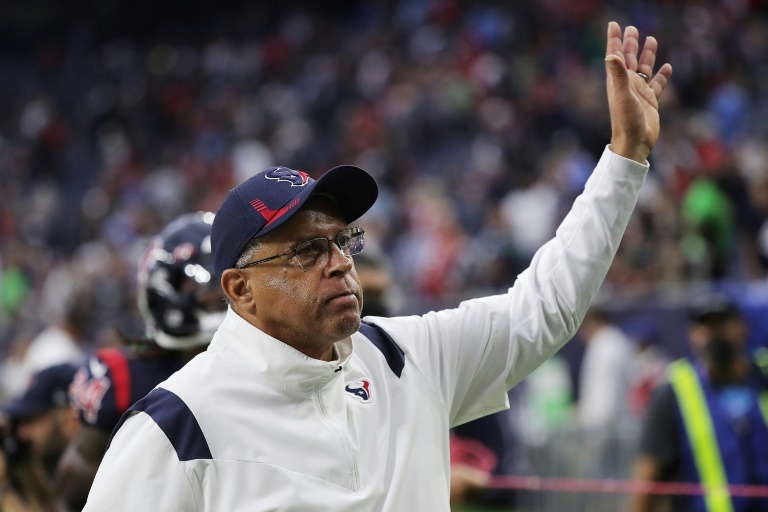 New York (AFP) - David Culley was fired as head coach of the Houston Texans on Thursday, according to multiple reports, becoming the sixth coach axed since the season ended and leaving only one Black head coach in the NFL.

The Houston Chronicle, ESPN, the NFL Network and several Houston television stations said the team made the move four days after the team finished 4-13 with a season-ending 28-25 loss to Tennessee.

After Bill O'Brien was fired and Romeo Crennel served on an interim basis during a 4-12 campaign in 2020, the Texans gave Culley, an NFL assistant since 1994, his first head coaching chance.

At 65, he was the oldest first-time head coach in NFL history.But Culley lasted only one season.

A nagging subplot all season was DeShaun Watson, the star quarterback who faces 22 sexual assault lawsuits and stayed with the team while being benched for every game.

Texans general manager Nick Caserio, who also took over in 2021, now seeks the team's third head coach in as many years.

Also fired since their clubs finished the season were head coaches Joe Judge of the New York Giants, Mike Zimmer of Minnesota, Matt Nagy of Chicago, Vic Fangio of Denver and Brian Flores of Miami.

In addition, playoff-bound Las Vegas fired Jon Gruden as coach during the season and Jacksonville fired Urban Meyer during the campaign.

With Culley and Flores axed, the NFL's only remaining Black head coach is Pittsburgh's Mike Tomlin, whose Steelers reached the NFL playoffs for the 10th time in 15 seasons under Tomlin, who has never suffered a losing campaign guiding the Steelers.

The NFL has received criticism in recent years about the lack of head coaching opportunities for Black talent.

The Texans, who had the NFL's worst rushing attack and third-worst scoring offensive unit, might go after Flores, who spent time in the New England Patriots organization with Caserio from 2004-2018.