1. It’s been just over a week since the shocking announcement that Tom Brady would become Fox’s lead NFL analyst once he retires from playing.

Many people (not yours truly, though) thought there was no chance Brady would turn to broadcasting once his playing days were over. However, the future Hall of Famer ended up signing a 10-year deal with Fox, so as of now, Brady seems to be all-in on being an analyst once he’s finished with quarterbacking.

Everyone has an opinion on how Brady will fare in the booth, including some of the top current NFL voices. Now, I wouldn’t expect any of these guys to come out and say they think Brady will be awful, but the praise was high for Brady’s potential as an analyst.

Al Michaels told me, “[Brady's] always had a lot of drive and passion in everything he’s done. He’ll want to be great and I’m certain he’ll put in the work to get to that point. I think there will be an upward evolvement once he gets going–he’s a quick learner. And I think people will be surprised at his sense of humor. You need evidence? He’s been an avid Howard Stern listener for years."

Here's what other top NFL broadcasters have had to say about Brady as a broadcaster.

Jim Nantz, CBS: “He’ll be very well prepared. That goes without saying. I think he’ll be very good. I don’t have any question about it. I’m thrilled that he’s going to have a voice in the sport. I think what’s happened here recently is that everybody has realized that that platform, being an elite analyst on one of the very few, handful of packages in the NFL, it’s a big deal. And you’re extremely relevant and people are listening to everything you say. And Tom will be up to the challenge.”

Joe Buck, ESPN: “Somebody said to me the other day, we as fans need a sports person to tell us where all these sports announcers are ending up. It’s been kind of crazy. It’s been exciting on this end of the business. As far as Brady, would anybody ever bet against the guy being great at anything? He’s kind of cornered the market in that. I think it’ll be a steep learning curve, and I’m sure he’ll be fantastic. I tend to root for everybody right on down the line. I genuinely feel happy for him.”

Troy Aikman, ESPN: “I have nothing but respect for Tom. Tom has won at everything he’s done in life, and there’s no reason to think that he won’t win at this, as well. The reason I believe that he’s going to be good is that he’s going to work. He’s a guy, as we know, he’s the reason why he’s been playing as long as he has. There’s a reason why he’s won seven Super Bowls and it’s because he doesn’t take any shortcuts and he’s not going to in broadcasting.”

Nantz’s comment about it being a big deal to be a voice on the platform of the No. 1 game each week is interesting because it seems to allude to Brady’s $375 million salary from Fox.

A lot of people don’t understand Fox handing out that kind of salary, but you have to remember, the network is paying $2.2 billion per year for the rights to the NFC package. So $37 million a year for a No. 1 analyst doesn’t seem that outrageous.

As I said on last week’s SI Media Podcast with Andrew Marchand, if you buy a mansion, you don’t fill it with furniture from discount stores. And that’s Fox’s thinking in bringing in Brady for that massive amount of money.

2. If you're an Office fan, you may or may not remember the episode when Jim goes to visit Pam at art school and he ends up watching a Phillies game while Pam deals with some problem her roommate was having.

This TikToker went on a mission to find out the specific game Jim was watching and I'm part impressed and part terrified with how he pulled it off.

3. Alan Shipnuck's upcoming book on Phil Mickelson goes into detail on Lefty's famous gambling habit. In a recent interview on SiriusXM PGA TOUR Radio, CBS analyst Gary McCord explained how Mickelson would bet with McCord during tournaments and it's amazing.

“When I was in the TV tower, every time Phil got to my hole, Bones [his former caddie Jim Mackay] would look up at me and I would flash the odds.

“I can’t tell you how many wadded-up twenties I threw out of the tower, until the Tour found out about it and I got word through CBS I was no longer allowed to gamble with Phil while up in the tower.”

5. Orlando Magic fans can thank The Ringer’s Kevin Clark (and frequent SI Media Podcast guest) for getting the No. 1 pick in last night's Draft Lottery.

In addition to the big Brady story, we also discussed who could replace Kay Adams on GMFB, the Drew Brees saga, Formula One’s strong ratings, the call of the Kentucky Derby shocker, how the USFL is doing and much more.

Following the conversation with Marchand, Sal Licata from WFAN and SNY in New York joins me for our weekly “Traina Thoughts” segment. This week’s topics include the stupidity of baseball’s unwritten rules, the success of HBO’s Winning Time, the NFL’s Week 2 Monday-night doubleheader and more. 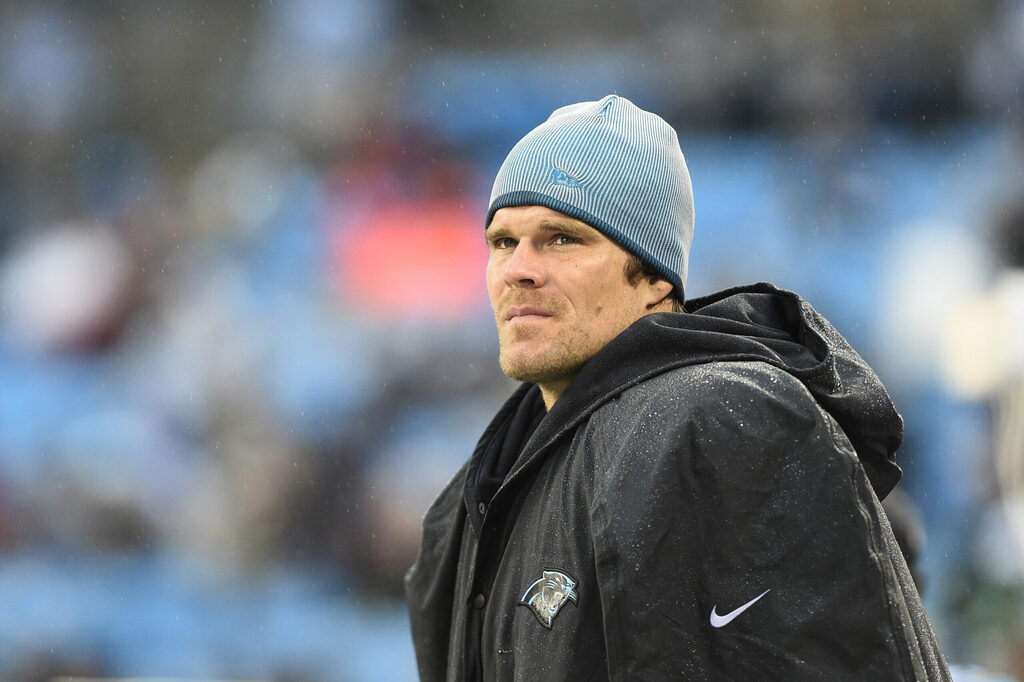 Greg Olsen to partner with Kevin Burkhardt on FOX Super Bowl broadcast
Who will be Kevin Bukhardt's broadcast partner in the 2022 season and Super Bowl?

USA Today Sports Media Group
One subscription that gives you access to news from hundreds of sites
Panthers great Greg Olsen promoted to FOX’s lead broadcast team
Former Panthers TE Greg Olsen is going back to the Super Bowl! But this time, he'll be wearing a headset…