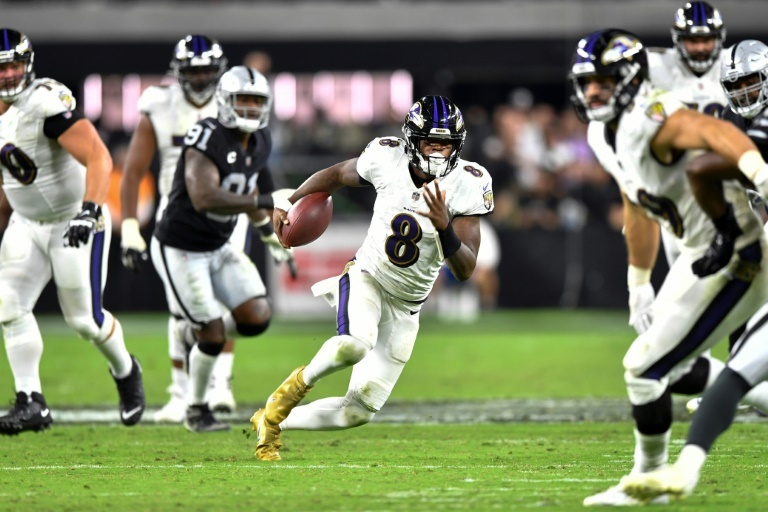 The marathon contest, won by the Raiders 33-27, capped the league's kickoff weekend which also recorded the second-highest TV ratings for week one in the past five seasons.

The Raiders win averaged a total of 15.3 million people on ESPN, ESPN2 and ABC, making it the most watched since 2013 when Washington and Philadelphia averaged 16.5 million.

The most-watched game of the week was last Thursday's 31-29 victory by the  Tampa Bay Buccaneers over the Dallas Cowboys.It averaged 26.4 million viewers on NBC and digital, making it the most-watched first game of the season since 2015.

The viewing numbers were expected to go up after last season's games were played in front of empty stadiums during the global coronavirus pandemic.In many cases tickets-buying fans were replaced by cardboard cutouts, making for odd viewing aesthetics.