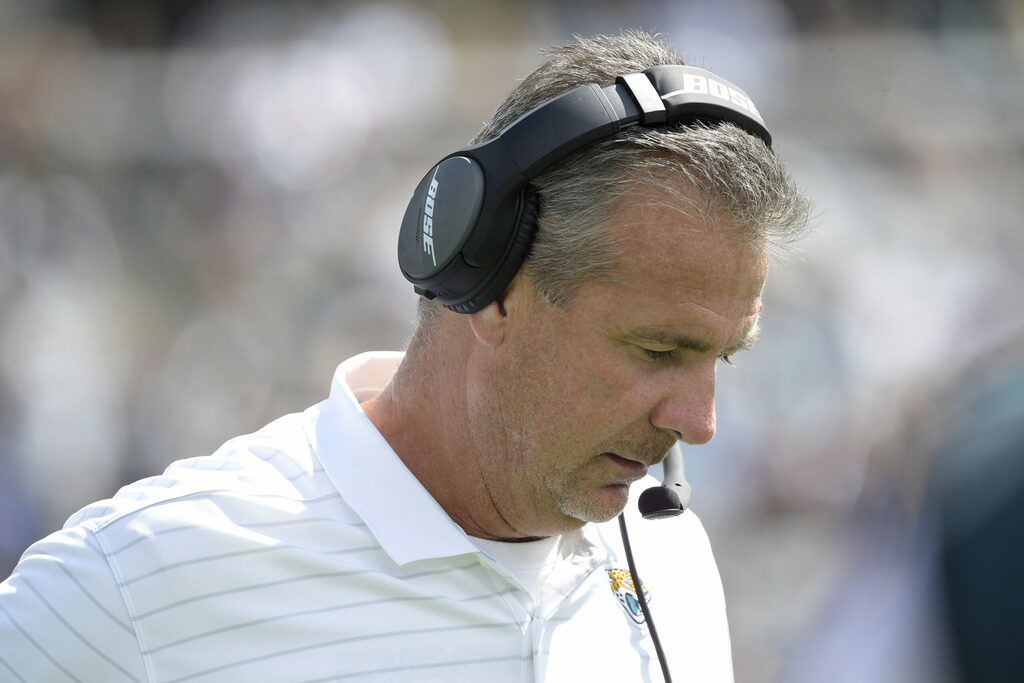 Urban Meyer spent the past week rightfully getting crushed for the decisions he made off the field that led to a week of embarrassing headlines for the coach and the team he’s in charge of.

Well, after Sunday’s loss to the Titans he’s now getting crushed for something he did during the game and it’s just another bad look for a guy who seems to be in way over his head at the NFL level.

Here’s what happened: The Jaguars were trailing by six points when they had 4th and goal from the Titans’ one-yard line in the fourth quarter. The team’s best running back, James Robinson (who had 149 yards rushing on Sunday), watched from the sidelines as his backup, Carlos Hyde, did this:

Why wasn’t Robinson, the team’s best player, on the field for that play? Meyer had this to say:

Meyer said about the 4th and 1 play from the 1 “I don’t micromanage who is in the game.” pic.twitter.com/Vzdyn7QDqD

That’s another bad look for a bad coach who has had a number of bad weeks since joining the Jaguars.