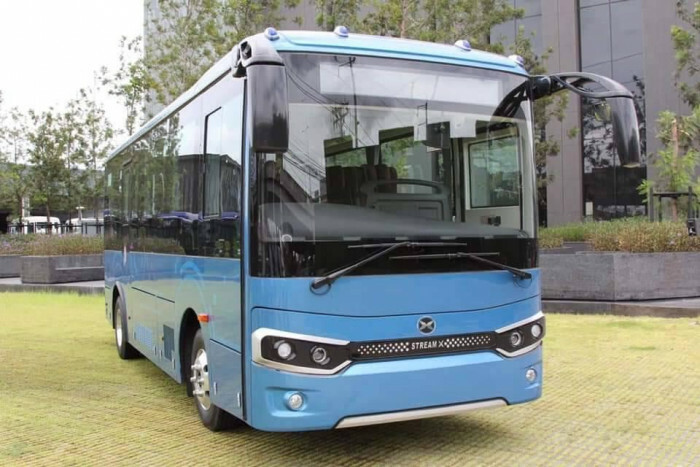 SET-listed Nex Point Plc, an electric vehicle (EV) assembler in the bus segment, expects to move from red to black on its balance sheet this year due to growing electric bus sales, following years of losses.

Next year is also expected to be another good year for the company, thanks to the government's policy of using electric buses to replace ageing fossil fuel-powered buses, he said.

"We are waiting for new purchases under a plan to promote buses with cleaner engines," said Mr Khanist.

Its new manufacturing plant in Chachoengsao has production capacity of 6,000 units per year.

Currently, the number of registered buses on Thai roads stands at 151,550 in total. Up to 40,000 of them are set to be changed to electric buses within a decade, said Mr Khanist.

Besides the BMTA, privately-run buses and state-owned Transport Co, which operates inter-provincial bus services, are key bus operators in the country.

Mr Khanist expects the Thai EV sector to grow rapidly over the next five years, following a slow development during the pandemic in which travel restrictions were imposed to contain the spread of Covid-19.

The number of internal combustion engine-based vehicles are expected to decrease as many countries, especially the US, China, and European nations, will use more EVs, he said.

Thailand will also follow this trend as the National EV Policy Committee supports the government's goal to reduce carbon dioxide emissions within 2030, he said.

Nex Point had suffered losses from 2018 to the second quarter of this year, according to its report sent to the Stock Exchange of Thailand.

One reason was its hard disk drive, camera, audio and electrical part business underwent sluggish sales as the market matured.

The situation caused the company to diversify into the EV assembling business.