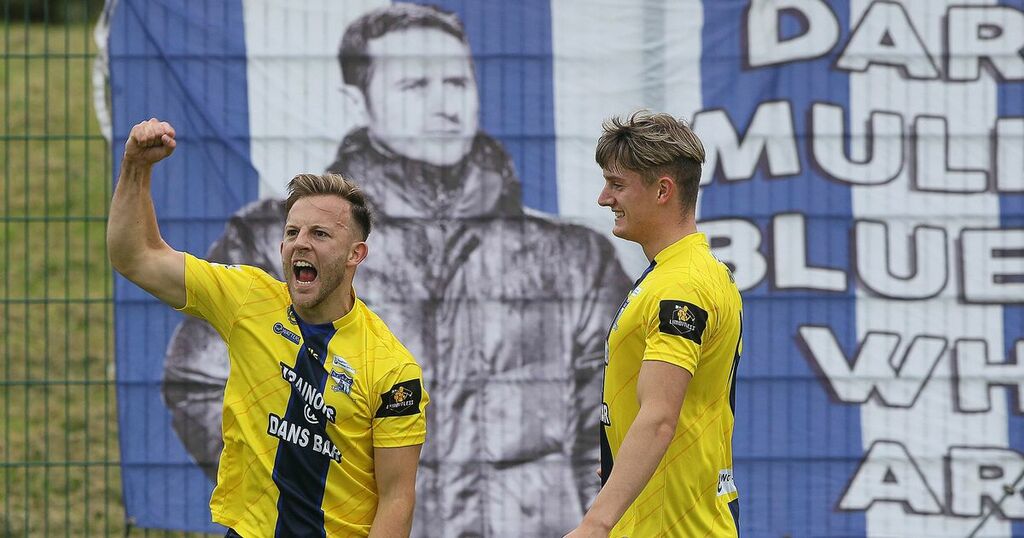 Darren Mullen believes his Newry City side now have targets on their backs following their perfect start to the campaign.

The club have won all six of their opening league games and have already established a five-point lead at the top of the Championship – a league notorious for its unpredictability and competitiveness.

Newry last won promotion from the league in 2018 – via the playoffs – but had started that campaign with just one win in their opening seven games, so are aware of how quickly the table can turn.

Mullen is understandably encouraged by his side’s start to the season but believes their fast start will help motivate opposition sides and they must be prepared for it.

The long-serving boss told Match on Tuesday: “The longer the unbeaten run continues, the bigger a scalp we become and the more difficult it will get for us.

“There is no way that we will not be beaten, we are not going to win every game and then it will be about how we react to that setback and dropping points.

“We need to prepare ourselves for having an off day and picking ourselves up.

“As things stand, things are going well and we are enjoying it – as you have to in football – but we are not thinking about our position or any run we are on, it is all about preparing for the next one.”

While Newry were not able to maintain their top-flight status in the 2018-19 campaign, their rise back through the ranks in the past decade has been an example to similar clubs.

The County Down side have stability in the dugout and infrastructure in place off the pitch to be back at Northern Ireland’s top football table.

“We make no bones about it – promotion is our objective and we have never shied away from that,” Mullen adds.

“Promotion would represent a successful season for us, and we want to be back in the top-flight – we have had that taste of it
already.

“Ultimately we were not good enough for that level last time out but we believe that is where we belong as a club and as a group.

“We have great facilities off the pitch and have made this winning start but that does not give us the God given right for anything – we have to fight tooth and nail for every result.”

There is very clearly quality within the playing ranks too; this is a squad that has depth and that is reflected in 10 different players finding the net in their opening six league games.

Saturday’s trip to Queen’s saw Declan Carville, Jimmy Walker and Thomas Lockhart – the league’s Player of the Month for August – all miss out.

“We have a really strong squad and we have a goal threat all over the pitch,” Mullen continued.

“We know that every player at this club can step in and make a difference for us in these matches and Saturday was one of those games were that showed.

“We have the ability to win ugly and to get points when we are not playing well, but to have those moments that get us over the line.”

Saturday brought another three points at the Dub but was an example of the difficulties of the division – Queen’s are just one place off the foot of the standings but could have secured at least a point on the balance of play.

Mullen admitted: “It has been a super start for us, but we did not play well on Saturday and Queen’s should feel hard done by not getting a point out of it.

“They had a great chance at one-nil and our goalkeeper Steven Maguire pulled us out of a hole, then we got a late second.

“But it is games like that which underline why you cannot get carried away – a lot of people outside the club may be looking at our start but any given week you can slip up.

“The experience that me, my staff and the players have means that we will keep our feet on the ground and there will be plenty of twists and turns this season.”