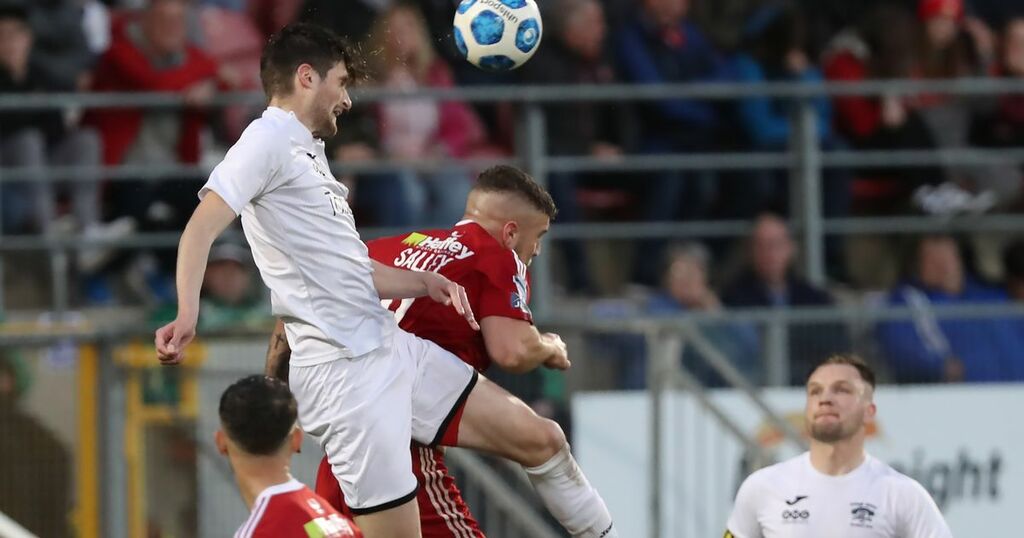 Dean Smith knows Norwich will have little time to adjust to being a Sky Bet Championship club again.

"Yes, every player makes mistakes, but you can never fault his effort, his enthusiasm, his desire to win, and that's…

Newry City are back in the Irish Premiership and boss Darren Mullen insists the true hard work starts now to re-establish themselves as a top-flight club.

The County Down side lifted the Championship title last week and now must focus on bettering their 2018/19 campaign, when their stint back in the Premiership lasted for just one season.

There is a sense that Newry are now better-equipped to deal with that challenge than four years ago and their run to the Irish Cup semi-finals is proof of their capabilities of matching it with the top teams.

“It was tough to reach the Premiership, but the real challenge is to stay there,” Mullen told Match on Tuesday.

“Our Irish Cup run shows that we are equipped to compete with these teams, going toe-to-toe with Glentoran and Ballymena after beating Warrenpoint.

“It is important we learn from our experience in our last Premiership season when we were relegated on the final day.

“There is a huge gap in finances between the top half of the league and the bottom so we have to hold our own, learn from where we fell short and make the improvements to allow us to challenge.”

While Newry are likely to strengthen this summer, they are unlikely to revamp their squad which has been carefully crafted to represent the club and the city.

Throughout the coaching staff and playing squad, there is a strong local connection to the Newry area within the club which has been enhanced by young players this season.

Northern Ireland Under-21 international John McGovern and fellow forward James Teelan – who both fall into the local bracket – were two of the most important players in the club’s promotion push.

Mullen continued: “Bringing those young players through is something we had been planning and thinking about for a few seasons, as there was a bit of an age imbalance in our squad and we needed to rejuvenate.

“To finish the season with seven under-21 players on the pitch is an indicator of how we have done that and how well that bodes for the future of the club.

“These young players have played without any fear during the season and their enthusiasm helps the whole squad – Brian Healy is only 17 and scored when given his chance at the end of the season.

“Our priority is not to go out and sign lots of players because we have always recognised the importance of the core of our squad being local and having a connection with the fans and community.

“Not every player has to be from Newry – Mark Kelly came in from Antrim direction and bought into it – but that is an approach that has paid off for us.”

While Newry were always title favourites and were top for almost every week of the campaign, this season was not without its challenges and dips in form.

The club had always been bullish about their ambitions to regain top-flight status but the challenges of the Championship ensured this was far from a formality.

“From the start of the season we were clear that winning the title was our aim but we always knew there would be blips and challenges along the way,” the boss continued.

“This has been a really tough season in many ways so to finish it with the league title and promotion is just reward for the player’s efforts and everything they have put in.

“It is so important for the supporters too – they have been there in numbers throughout the season and the connection we have with them and the community is very important.”

Mullen has been at the club throughout its turbulent last decade, when the club had to reform and restart as Newry City AFC following the demise of Newry City FC in September 2012.

Under their boss, they rose up through the divisions and secured promotions at the first attempts in both the Premier Intermediate League in 2016/17 and the Championship the following season.

Their 2019 relegation from the top-flight was a setback, but has allowed the club to regroup and refocus – with their entire squad chipping in with their promotion campaign.

“The spirit throughout the entire club from the coaching staff to the players has been tremendous, everyone has played their part,” added Mullen.

“Our top scorer was James Teelan who only had 12 and it was a team effort with everyone chipping in – Darren King had half a dozen goals this season from
full-back.

“We had the best defence in the league, which is vital for any team who is challenging for the title.

“Our goalkeeper Stevie Maguire was magnificent, he was with us at youth level before rejoining from Warrenpoint Town and he played such an important role in getting us back to the Premiership and he was so happy when lifting the title.

“There are countless players who have not played every week but when they came onto the pitch they made a difference and this success was down to every one of their contributions.”

Dean Smith knows Norwich will have little time to adjust to being a Sky Bet Championship club again.

"Yes, every player makes mistakes, but you can never fault his effort, his enthusiasm, his desire to win, and that's…