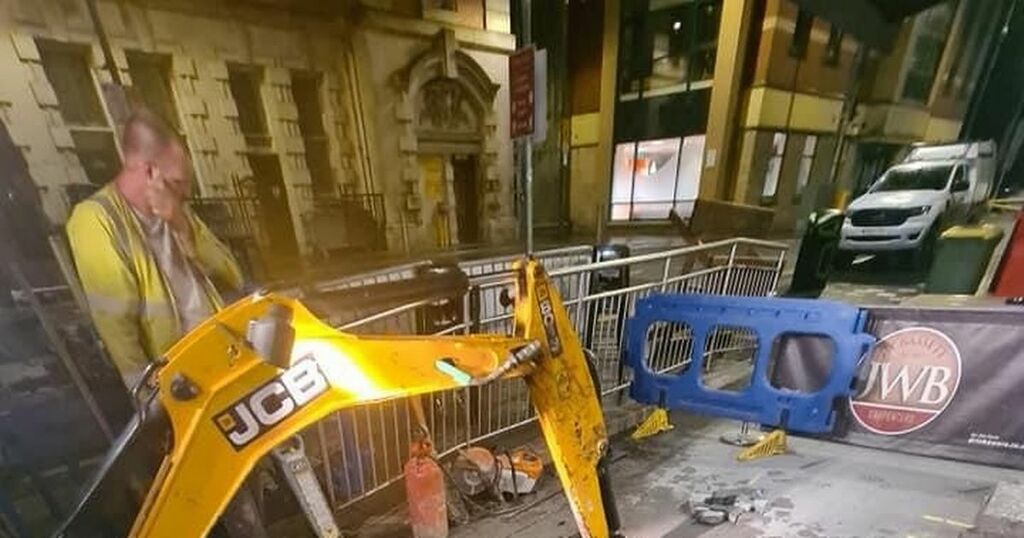 A number of traders in Newport were forced to close early after suffering a second power cut in as many days.

Some premises on High Street had to close after being taken off an emergency power supply on Tuesday night when contractors from Western Power Distribution damaged a water pipe.

The pipe was damaged while contractors were working to repair an underground cable, which itself had been damaged by Welsh Water workers carrying out work on the street on Monday.

Sam Dabb from Le Pub, one of the businesses which were forced to close last night, said the situation was "incredibly annoying".

"We had a handful of customers as it was still early and we moved them outside to finish up the drinks they had and then closed," she said.

Sam added that the incident happened at around 6pm last night and came after the previous power outage at the top of High Street on Monday had lasted around nine hours.

She said the outdoor seating areas of some of the pubs next door had been dug up in order for the issue to be fixed.

Amy McCann from McCann's Rock and Ale bar said she didn't have to close her business last night but was aware of others such as Le Pub and the Carpenters which had.

"We just sat people across the road in our [outdoor] area as they couldn't come inside due to no electricity and the health and safety part of it," she said.

"But when some people did come up we explained to them and some didn't stay."

One staff member from the Carpenters, who didn't want to be named, said on Tuesday that they had lost out due to the issues.

A Western Power spokesperson said: "We received a call at 2.10pm on Monday September 13 about a power cut affecting 28 customers in High Street, Newport. The majority of those customers were business premises. The fault was due to third party damage to an underground cable.

"To get customers back on supply as soon as possible we installed temporary generators and all customers were put onto a temporary supply by 1am Tuesday morning.

"While carrying out repairs to the underground cable fault yesterday at 6.04pm, contractors working on behalf of WPD damaged a water pipe. To enable us to safety continue to carry out the repairs to restore power supplies, we had to take the customers off the temporary generator supply.

"All customers were back on mains supply by 9.17pm last night. We would like to apologise for any inconvenience caused."

A Welsh Water spokesperson said on Tuesday: "Whilst our teams were digging for new connections yesterday, unfortunately a shallow cable was hit and caused a power outage to some parts of Newport High Street. We are working closely with Balfour and Western Power to rectify the issue and apologise for any inconvenience caused during this time."