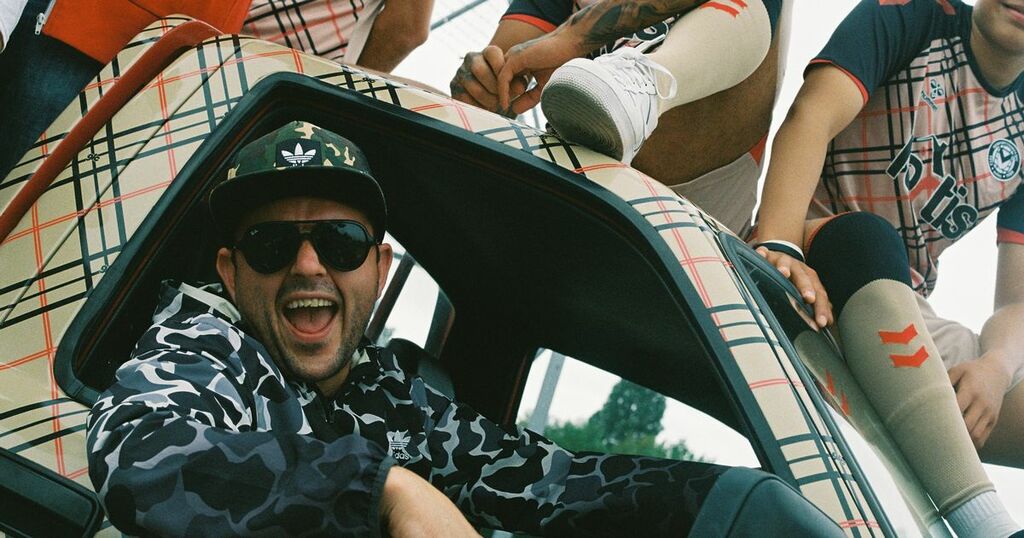 The comedy hip-hop outfit are very much fan favourites in their home city of Newport, and County are rolling back the years with the launch of their new GLC-inspired Hummel third shirt.

Officially unveiled by the club on Wednesday morning, the shirt features a two-colour heritage check with entwined GLC logos and a red and black check pattern across the front.

Read more: An oral history of Goldie Lookin' Chain: 15 years of beats, booze, and bling as told in their own words

County first teamed up with the GLC back in the 2004/05 season, and said they are aiming to "celebrate the city's unique heritage and culture" with an updated version of the shirt.

The club had teased the new shirt earlier in the week with a tweet, and it's sure to be a hit with County supporters and Newportonians alike.

Featuring a two-colour heritage check with entwined GLC logos, this shirt is sure to be one for the collectors.

The design is predominantly sesame and consists of a check pattern, which is made up of red and black lines across the front of the shirt. The club crest has also been modified to a blacked-out special edition to blend in with the rest of the shirt.

What do you think of the new shirt? Let us know in the comments.

The band themselves had also hinted at their excitement, sharing the County post with the caption "County innit" on their own Twitter page while band member Eggsy tweeted: "Just about to take football to a new level."

Fortis are the main sponsors on the front of the shirt after being confirmed as the club’s third kit partner for the 2021/22 season. 57 Tyres will feature as the back of third shirt sponsor for this year's campaign, while Newport Distillery will be on the back of the third kit shorts.

You can pre-order the shirt from the club's online store from 10am on Wednesday, September 8.