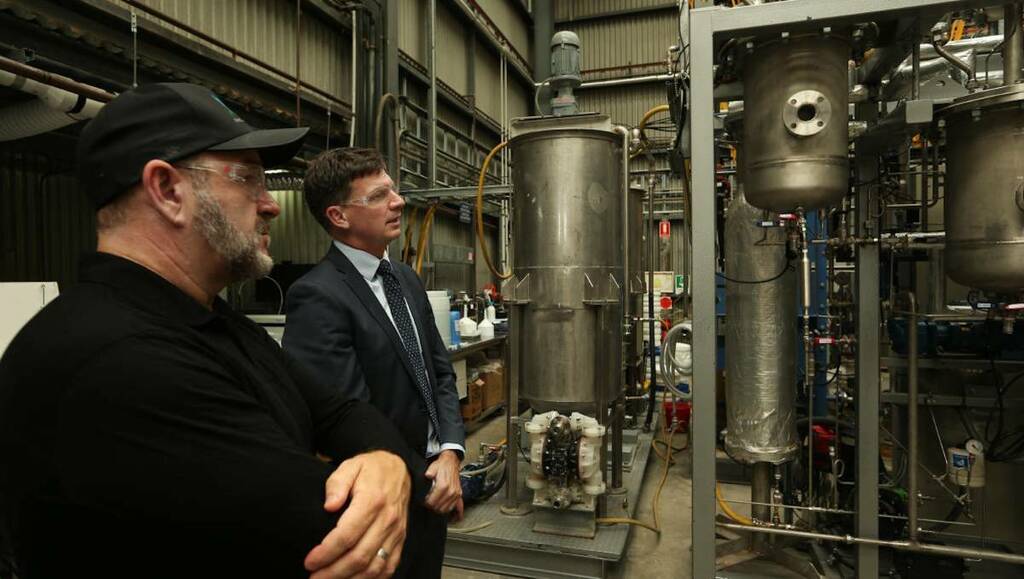 Hunter researchers stand to benefit from a new $250 million program designed to turbocharge the development of commercial-scale carbon capture use and storage (CCUS) projects.

The Federal Government program will involve the establishment of a series of hubs across Australia that will create up to 1500 jobs.

Minister for Energy and Emissions Reduction Angus Taylor launched a $50 million "carbon capture" fund at the University of Newcastle's Institute for Energy and Resources in March.

The project aims to develop technologies to remove the carbon dioxide and other greenhouse gases from the exhaust stacks of coal-fired power stations.

This and similar projects mean the institute is well placed to vie for funding from the CCUS Hubs and Technologies program.

The program will operate across two streams.

The first stream will see $100 million invested in the support, design and construction of carbon capture hubs and shared infrastructure.

"The projects supported by the CCUS Hubs and Technologies Program will boost delivery of long-term emissions reductions while generating new jobs across the country, particularly for regional Australia," Mr Taylor said.

"Analysis by the International Energy Agency shows that half the global reductions required to achieve net zero will come from technologies that are not yet ready for commercial deployment.

"That's why we're partnering with industry to accelerate new projects and unlock the emissions and economic benefits of carbon capture technology.

The IEA and IPCC both regard carbon capture technologies as essential to achieve the goals of the Paris Agreement.

"Australia already has one of the world's largest carbon capture facilities and these technologies could substantially reduce emissions from industry in the future," Mr Taylor said.

"By supporting the development of clean hydrogen industrial hubs and clean LNG production, we are giving Australian energy exports a competitive edge in our region."

Projects supported by the program will be expected to be fully operational by 2029, with co-investment from international partners and state and territory governments strongly encouraged.

The program builds on the success of the $50 million CCUS Development Fund and is expected to strengthen collaboration with a range of countries including the US, UK, Japan and Singapore, who are also investing in carbon capture technologies.