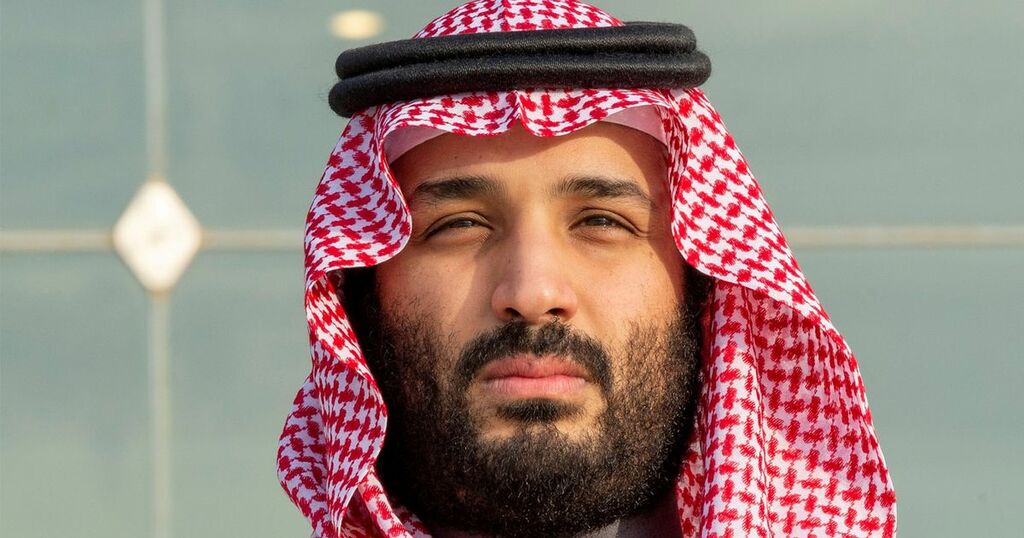 The sheikh who chairs the fund behind the £305million takeover of Newcastle United is one of the richest men on earth.

Crown Prince Mohammed bin Salman is the heir to the Saudi throne and its de facto ruler, but critics say the human rights situation under him is dire.

The club is just the latest in an extraordinary list of worldwide acquisitions by the Saudi Public Investment Fund, which is worth a staggering £320billion.

The PIF website states “under the chairmanship and guidance of HRH Prince Mohammed bin Salman, the board is responsible for overseeing PIF’s long-term strategy, investment policy and performance.”

What do you think of the takeover? Have your say in the comment section

His father, Salman bin Abdulaziz Al Saud, the King of Saudi Arabia, ranks as the third richest royal in the world with a reported net worth of 18 billion US dollars (£13billion). He is behind only Hassanal Bolkiah, the Sultan of Brunei and King Vajiralongkorn of Thailand.

Bin Salman’s assets include a £500m superyacht and a chateau near Paris he reportedly paid more than £230m for. He spent £330m on Leonardo da Vinci’s Salvator Mundi masterpiece in 2017, which is a world record for a painting.

But that is small change for the workaholic who set out a Vision 2030 modernising programme to transform his country five years ago. He wants non-religious tourism, entertainment and a shift in the economy away from oil.

The purchase of a Premier League club has been part of that vision for years.

Amanda Staveley, the dealmaker who now owns 10% of United, told how PIF stuck by them even when the deal faltered last year.

She told the Mirror they were the “only partner” for her and tycoons Simon and David Reuben, who also own 10% of the club, when they first targeted the club four years ago.

“We went to our friends in PIF and said this is the only club we can ever buy, to me it is like a fantastic gem,” she said.

“I think you look at PIF, they have great ambition, this is a long term investment.

“To get to the top of the Premier League, you need a strong foundation, not just great players, you need
medical facilities.

“There is no point in having fantastic players if there is nowhere for them to train, and you need academies, that is a huge part for us. We want to see lots of local lads playing.

“We could not have done this deal without PIF. We will get the right people in at every level.”

The human rights charity also pointed to the murder of high-profile journalist Jamal Khashoggi, 59, who was assassinated by Saudi government agents in 2018.

The Premier League stressed the consortium had passed the Owners’ and Directors’ Test, with the fund a separate entity to the Saudi state.

Known as MBS, the sheikh went on a tour of the United States tech companies three years ago. He was pictured with Donald Trump, and has his own Instagram account. One of 11 surviving children of the ailing King Salman, 85, he was an adviser to his father and was named crown prince and heir in 2017.

With a degree in law from King Saud University, MBS can reportedly spend up to 18 hours a day in his office.

He is known for lavish spending and his superyacht, Serene, is one of the biggest in the world.

There was controversy over the Salvator Mundi painting, with experts suggesting it was from Da Vinci’s studio, but not by the great man himself. The Saudi royal family, which has about 15,000 members and is worth an estimated $1.4trillion, ignored the rumours.

Yasir Al-Rumayyan, the governor of PIF, will be chairman of United. He said: “We are extremely proud to become the new owners of one of the most famous clubs in English football.

“We thank the Newcastle fans for their tremendously loyal support.”

In a message to fans yesterday, he added: “Owning this club is not a responsibility we have taken on lightly.

“Like you, we want to create a consistently successful team. We are here to build long-term success.”

Khashoggi’s murder ‘forgotten by fans in rush for riches’

Khashoggi, a critic of Saudi Crown Prince Mohammed bin Salman, was killed while visiting the Saudi consulate in Istanbul in October 2018.

Western intelligence agencies believe Salman ordered the murder, which he denies. Grieving Hatice Cengiz, who was set to wed Khashoggi, 59, said: “I am very disappointed. What I’ve been doing since his murder is seeking justice for Jamal every day, every chance that I found or every place I can go and ask more.

“Then suddenly, I saw the news and people were talking about the takeover and I said, ‘Please, do not do that, please be respectful to yourself’.”

The Premier League approved the £305million takeover of Newcastle after receiving “legally binding assurances” that the Saudi state would not control the club. The Public Investment Fund, of which Salman is the chairman, will provide 80% of funds for the deal and is seen as separate to the state.

Speaking to BBC Radio 5 Live, Hatice said: “It seems like the Newcastle fans don’t care about what happened to Jamal, they just care about the financial future. I want to remind them that there is something more important than money, that there is something more important than the financial situation of this club. There are values that we have and need in our life always.”

She added: “You should send the message to them that they cannot buy any English team because of this crime.”