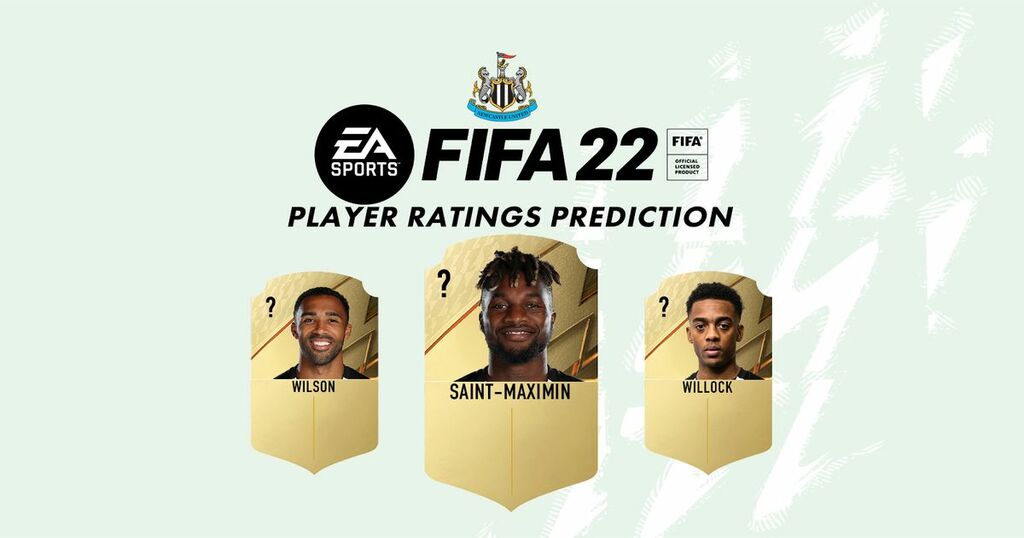 FIFA 22 is set to be released in a couple of weeks, and the anticipation is building for EA Sports' latest installment of their popular gaming franchise as the FIFA Ultimate Team ratings are upon us, with EA set to release their first batch of players over the coming days.

EA are yet to confirm a date for the first release of player ratings, however based on previous FIFA's, we expect the first player ratings to arrive in the next couple of days, and we predict that the Newcastle United squad is set for a steady mix of upgrades and downgrades in FIFA 22.

FIFA Ultimate Team (FUT) is the most popular game mode on FIFA, with players able to create their own 'Ultimate Team' of players from around the footballing world in their own unique club where you can customise your stadium, kits and more.

An impressive end to the season saw Newcastle climb away from the relegation zone and claim a 12th placed finish in the Premier League, with the likes of Joe Willock, Allan Saint-Maximin and Karl Darlow all impressing the most for the Magpies.

However, a large selection of Steve Bruce 's squad weren't at their best and have warranted a case for downgrades to their rating in FIFA 22.

So, how will the Newcastle Ultimate Team ratings look in FUT 22? Check out our FIFA 22 Ultimate Team player rating predictions below.

Here's our prediction for the Magpies' FIFA 22 Ultimate Team ratings, using the FIFA 22 predictions feature on the FUTWIZ website.

We predict that Martin Dubravka will remain as the Magpies' highest rated player in FIFA 22 despite an injury-ridden season, and fellow goalkeepers Karl Darlow and Freddie Woodman will also receive upgrades in FIFA 22.

The Magpies' attacking trio of Willock, Saint-Maximin and Callum Wilson should all receive upgrades to their overall ratings as well as wing-back Jacob Murphy, with a position change in line for Saint-Maximin from left-midfielder to striker and Murphy from RW to RWB.

We predict that Newcastle's defence could take quite a big hit in downgrades across the board in FIFA 22, with Federico Fernandez, Fabian Schar, Matt Ritchie, Javier Manquillo, Jamal Lewis and Ciaran Clark all set to receive downgrades.

The Magpies' record signing Joelinton is set for another downgrade in FIFA after another mediocre season, whilst fellow forward Dwight Gayle is also set to see his rating decrease.