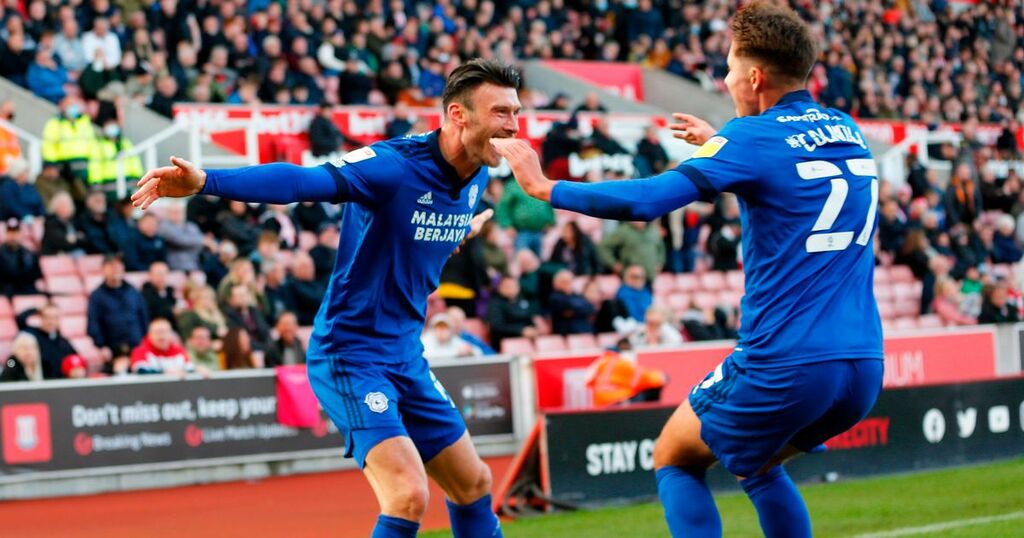 It was reported that Burnley striker Chris Wood is on his way to Newcastle United in a money-spinning deal which could be worth up to £25million.

As ever with these things, the cash tends to spark a line of deals. We saw that with Jack Grealish, Danny Ings and Adam Armstrong back in the summer, with Manchester City, Aston Villa, Southampton and Blackburn Rovers involved in that one.

While this is of course a far lesser deal, the ripples will be felt far and wide.

Burnley will have to fill their striker void in the absence of Chris Wood, a powerful, focal-point striker who is central to the way the Clarets play.

It has led many Cardiff supporters to think that their very own Kieffer Moore appears to be the ideal man to replace him up at Turf Moore. Indeed, even Bluebirds legend Danny Gabbidon voiced his concerns.

"Chris Wood leaving Burnley has me worried," Gabbidon wrote on Twitter along with a blue circle emoji.

When one supporter asked if he was worried for Newcastle, Gabbidon replied: "Nope for Cardiff."

Moore showed his quality during his maiden season with the Bluebirds last year, banging in 20 goals for the Bluebirds.

It led to summer interest from Wolves, who ended up tabling what has been described to WalesOnline as a "derisory offer" on transfer deadline day.

While Moore's form has dipped this term, he has only five goals for Cardiff this term, his importance for club and country, along with his raised profile following his exploits with Wales over the last few years, no doubt makes him an attractive prospect for many clubs.

Indeed, earlier this month it was claimed that Bournemouth were interested in signing the Bluebirds talisman in this window in a bid to aid their Premier League promotion bid.

Cardiff have slapped a £10m price tag on Moore's head, though, so it would take a sizeable offer to prise him away from the Welsh capital.

Burnley might be a club who has that sort of cash to spend, especially with the windfall from the Wood deal, however it has been claimed that the Clarets have identified two targets abroad, which will come as positive news for Cardiff fans.

Sky Sports write that those two targets from outside of the UK are both of a different ilk to Moore, too. It is claimed that Burnley want to add pace in the forward line and versatility, too, in the sense that they can play across the front three positions.

It is reported that Maxwel Cornet is an example of the type of signing they will look to replicate in order to move away from the style of football the Clarets are typically associated with.

That can only be good news for Cardiff, who use Moore very much as a target man.

While there might be interest from elsewhere, Cardiff are yet to receive any concrete interest as yet for their star striker.

When asked about interest in Moore following the 2-1 FA Cup win over Preston North End last weekend, Bluebirds boss Steve Morison said : "He's always going to have interest. He's a really good player. But he's out. He's injured. He needs to concentrate on just getting fit.

"If someone rings me up and tells me something different, we just carry on and we go from there.

"If you've got interest in your players, it's because you're doing something right.

"If someone scores 20 goals in the Championship, he's going to get interest. He's a really good player and he's Wales' number nine. So it's no shock.