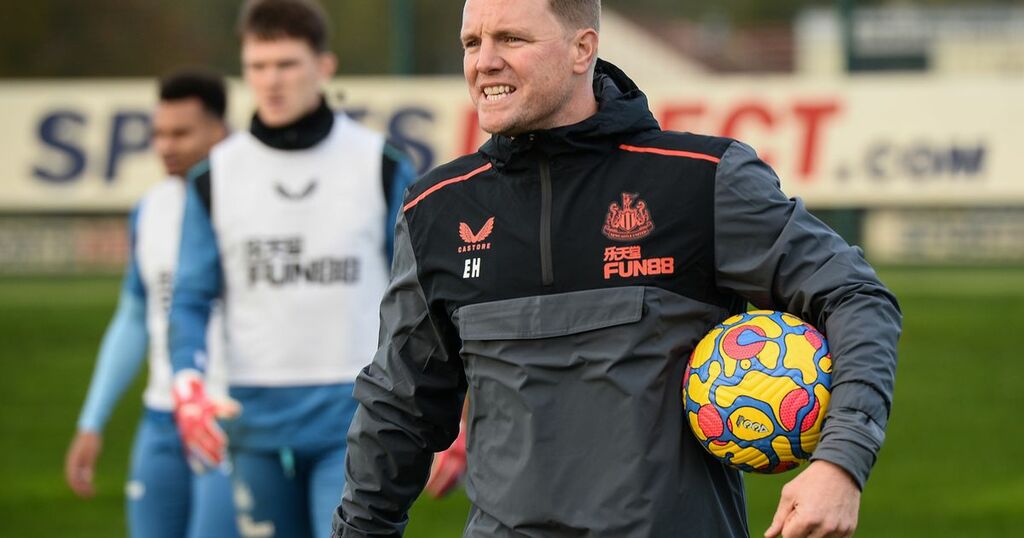 Newcastle United will still be 'ready' for the visit of Brentford despite Eddie Howe's last-minute positive Covid-19 test.

The new Magpies head coach will be in self-isolation and will not be able to lead out his side for the first time at St James' Park after testing positive on Friday.

Assistant head coaches Graeme Jones and Jason Tindall will lead the team following the setback which could rule the 43-year-old out of next weekend's encounter at Arsenal.

READ MORE: Eddie Howe forced to miss Brentford game due to positive Covid test and will work remotely from hotel

Howe said: "I’m very disappointed that I won’t be there with you all at St. James’ Park tomorrow, but it is incredibly important that I follow the guidelines and self-isolate.

"I’d like to reassure everyone that I feel fine, and while this is unwelcome news for me, I know it hasn’t derailed our preparations for what is an important game.

"I have been, and will be, in constant communication with my coaching team and the players, both tomorrow and during the week, and I know they will be giving everything on and off the pitch."

Powell admits it will be a real 'disappointment' for Howe and the club, but is confident the new head coach has had enough time to fully prepare the Magpies in a bit to secure their first victory of the season.

He told the BBC: "It goes to show it's still there, it's still around and we've still got to be as diligent as we can be.

"With regards to the Euros, we kept in a bubble and it was very strict. Gareth and the doctor didn't want any unforeseen problems with players and staff.

"We adhered to everything we had to do, and obviously we had a very clean and effective tournament in that respect.

"It's still there, and what a shame for Eddie because he's been building up for this for months to be honest. I actually saw Eddie and Jason at an England session. They were invited along by John McDermott and Gareth, and they seemd in good spirits.

"They didn't have the job then, but obviously they were prepping and looking forward to watching us train, but also itching to get back.

"They get a wonderful opportunity at a brilliant football club who need leadership, and they've got someone who knows the league and he can't be there for the first game.

"It's a real disappointment, but I'm sure Graeme Jones and Jason and the rest of staff will get the team in a real good shape.

"They've had a lot of time prepping, and I'm sure they'll be ready to face Brentford tomorrow."