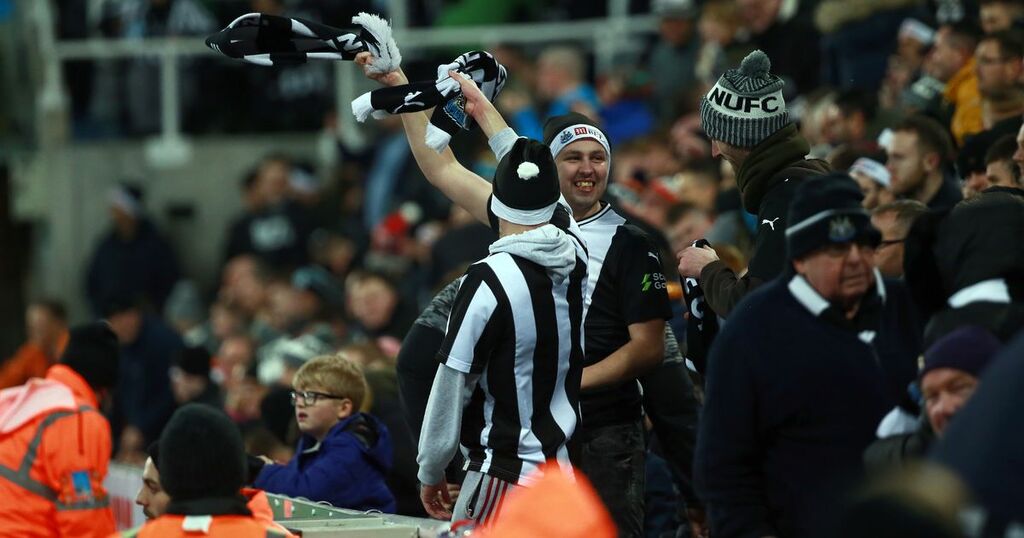 Newcastle United fans formed online queues for season tickets in the wake of reports suggesting a takeover is 'imminent'.

It has been a roller coaster day on Tyneside with early reports of a resolution in the broadcast spat between Saudi Arabia and Qatar-based beIN Sport.

Within hours, developments on Wednesday have progressed to the point where numerous outlets are claiming confirmation of the revived £300m takeover deal could be 'imminent'.

Following an 18-month ordeal with plenty of twists and turns along the way, Newcastle fans are understandably delighted a resolution is said to be near.

Unpopular owner Mike Ashley is closing in on the end of a turbulent 14-year tenure, with the consortium consisting of Saudi Arabia's Public Investment Fund, financier Amanda Staveley and billionaire Reuben brothers.

Attendances at St James' Park have dipped in recent seasons as apathy gripped the fanbase, with an attendance of just 44,017 recorded for the Magpies' 2-2 draw against Southampton in August.

But Wednesday's developments which could see the departures of both Ashley and under-fire head coach Steve Bruce has unsurprisingly re-ignited interest in the club from disgruntled supporters.

Online queues formed for fans eager to obtain season tickets for the remaining 16 Premier League home fixtures, while other supporters on social media noticed that section of the website was no longer working.

One fan posted: "The season ticket sale section of the website has crashed/isn't working. The new ownership will be welcomed like heroes by the #NUFC fans?"

Another supporter shared: "The season ticket sale section of the website is close to crashing as we speak. Safe to say the new ownership will be welcomed with open arms, eh, #nufc fans?"